Nanoparticles: Tiny miracles for those on the quest for the perfect drug

What if you could make the perfect drug? Would you prefer to avoid side effects, prescribe lower doses, or decide when and where your drug attacks? While ultimate perfection in drug engineering may not be in the immediate future, these questions aren’t merely hypothetical for biomedical engineers at Yale. By using nanoparticles for drug delivery, they are breaking down the boundaries that separate modern medicine from more efficient, targeted, and versatile drug delivery.

Waste not, want not.

While amazing, current medicines are far from perfect. Unless administered to the exact site in the body where they are needed, drugs must make their way through a person’s system until they come to the organ or cells for which they are intended.

For pills, injections, and most other common types of treatments, this is an imperfect process. While a successful percentage of the dose eventually finds its way to the intended site of action, a significant portion does not.

This fraction that goes off-course can cause harmful side effects by carrying out its promised task in an improper location. If one could target a drug so that it only went to a desired destination, one could lower the necessary dosage and avoid side effects.

For many years, researchers have been trying to do just that. By adding “addresses” to the drug, appended molecules were supposed to recognize a receptor at the delivery site. In this way, drugs were to accumulate in the preferred position in the body. However, initial attempts were unsuccessful, either due to incorrect addressing or faulty chemistry that may have altered the molecules’ original function.

To try and overcome these failures, scientists have turned to the burgeoning field of nanotechnology. Working on this scale, they have been able to create little “nano-buses” that can be filled with all types of drugs. A nanoparticle, despite its size, can hold a large amount of compound, thus promising even more efficiency than a lone, addressed drug molecule.

Where one address label failed, scientists have added more. By creating a nanosphere loaded with the drug in question, they are able to coat the outside of the sphere with numerous molecules to serve as redundant address labels in case one fails to function. Yet despite all these apparent advantages, initial trials discovered that these drug-filled nanospheres had a fatal flaw: The large, round collections of drugs closely resemble viruses and bacteria, and are therefore purged thanks to the body’s natural immune response.

While the engineers had marked their drugs for delivery, they had not anticipated that the bundles of molecules would be intercepted by the very system they were sent to assist. As such, these nanospheres full of medication performed even worse than the free drugs on which they were supposed to improve.

As a result, Professor Tarek Fahmy and his lab set out to outwit the immune system. They realized that in order for these drugs to be effective, they must evade the immune response long enough to reach their targets. But how to instruct these tiny nanoparticles in the art of stealth?

In Fahmy’s words, “We had to give them a coating. They needed camouflage.” The longer the molecules are allowed to circulate, the more likely they are able to complete their mission.

Because the body is largely water, these researchers turned to polyethylene glycol, a wetting agent used in eye drops. According to Fahmy, “This allowed a water layer to form around the nanoparticle, making the particle hydrophilic and thus better able to circulate around the body.”

However, both the protective coating and targeting address labels had to be added to the nanoparticle in a controlled fashion. In addition, the researchers wanted to add other surface particles to help the drug enter cells once it reached the target area.

These tasks are especially difficult in biological systems, as the nanoparticle must be biodegradable, and should avoid triggering the immune system response. To this end, researches primarily use two nanoparticulate systems in drug delivery: loposomes and solid biodegradable nanoparticles.

Liposomes are composed of both phospholipids and cholesterol. These components spontaneously form bilayered, spherical compartments with aqueous pores at their centers. These pores can then be filled with whatever drug scientists choose.

Solid biodegradable nanoparticles can be made from PLG polymer, which is commonly used to manufacture sutures. This adaptable material can not only be made into the long threads necessary for stitching, but can also form the microscopic balls necessary for drug delivery.

This means that scientists can create nanoparticles that biodegrade upon interacting with water. By adjusting the particular components, they can also tinker with how long it takes for the biodegrading (and therefore drug release) to take place.

Both liposomal and solid biodegradable nanoparticles have diameters of just 10-1000 nanometers, one thousandth to tenth the size of a normal human cell. Yet despite their size, the nanospheres can have their exteriors carefully engineered and can be filled with a plethora of diverse molecules.

An empty box just waiting to be filled

Upon solving the problems of targeting to the desired drug destination and evading the immune system, researchers are now looking into a variety of applications for these nanoparticles.

One possible application involves incorporating another flourishing branch of science: siRNA research. In the past five years, it has been found that small inhibitory RNA (siRNA) can stall different functions of the cell. These sequences of ribonucleotides can be programmed to impede all sorts of cell functions, but first they have to find and enter the cell.

Consequently, these amazing creations are dependent on a vehicle. As Fahmy describes, “They are like beautiful flowers without a vase.” Naturally, siRNA companies have been on the look out for drug delivery techniques, and targeted nanoparticles may be just what they have been looking for.

Another application involves molecular imaging and the popular research technique of magnetic resonance imaging (MRI). By introducing various detectable agents into the core pocket, one can track the nanosphere’s progress.

For instance, fluorine is generally not present in the body, and can therefore be tracked relatively easily (and safely) if it is inserted into a particle. Likewise, these spheres can be packed with heavy metal elements and can therefore serve as contrast agents for MRI. As Fahmy says, “these imaging techniques can be used to assess drug efficacy in a noninvasive manner.” Since the outer surface of the sphere maintains the same address molecules and protective coating, it should behave in the same way as the packaged drug in terms of locating and adhering to a target.

Come and get us!

In addition to the previously mentioned applications that require a protective coating, there are times when one would actually want a nanoparticle to be recognized by the immune system.

One such application is vaccines. Traditional killed-virus injections have been successful for a variety of diseases, but have been unable to prevent others such as the retrovirus HIV. Similarly, Fahmy explains, “we should even be able to vaccinate against cancer. Again, the traditional methods don’t work so well, primarily due to a lack of effective delivery methods.”

If the nanoparticles lack their protective camouflage, they are soon identified by the immune system. They are then gobbled up by the immune system’s macrophage cells via phagocytosis into the cell’s endocytic compartment. Eventually, this compartment breaks, the proteins of the virus escape to the cytoplasm, and are presented like warning signs on the outside of the cell.

This pathway, termed intracellular escape, is not activated by traditional drugs, yet is essential for cancer or HIV vaccines. So far, this method has been used to develop a West Nile virus vaccine, which has yielded positive results in initial trials.

Indeed, with so many possible applications, one of the major challenges that Fahmy and his team face is choosing which diseases to attack with their targeted, stealthy servants. According to Fahmy, “There are just so many things you could use this for. We need to focus in on the most appropriate disease models to test out these drugs.”

However, there are certain types of maladies that stand out among the crowd. For instance, Fahmy plans to take advantage of the nanoparticles’ numerous molecular address labels to stymie blood borne diseases. While this isn’t necessary for a static tumor or other stationary target, like this is particularly useful for T-cell lymphoma. “When T cells go malignant, they are moving targets. In my mind, if there’s any one specific target we should be looking at, this is it,” commented Fahmy.

Still, there is a long way to go to bring these novel nanoparticle-encased drugs and vaccines to patients. In part due to their innovative designs and applications, it will take a significant amount of both time and money to maneuver these tiny drugs through the FDA approval process.

According to Fahmy, it typically takes ten years and around a billion dollars for high-quality drugs to go to market, and “a whole new delivery system will take a lot longer to go from bench to bedside.” So in this point in the game, “the scientific challenges aren’t as insurmountable as the regulatory elements.”

Whatever the timeline, it is clear that the health industry is in for a makeover. By thinking small and sneaky, this new class of drugs, vaccines and detection agents promises to make current drug delivery systems all but obsolete. With so many applications, and such obvious advantages over the existing techniques, it’s only a matter of time before these targeted drugs revolutionize modern medicine.

Between reducing side effects, lowering necessary doses, and providing precisely regulated chemical activation, nanoparticles are tiny miracles for those on the quest for the perfect drug. 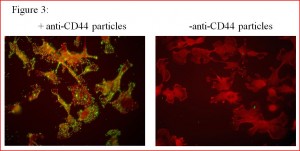 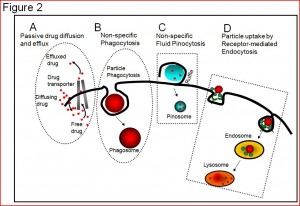 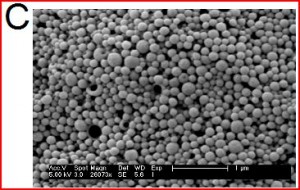 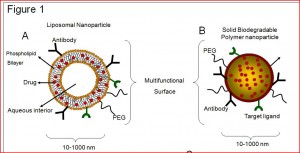