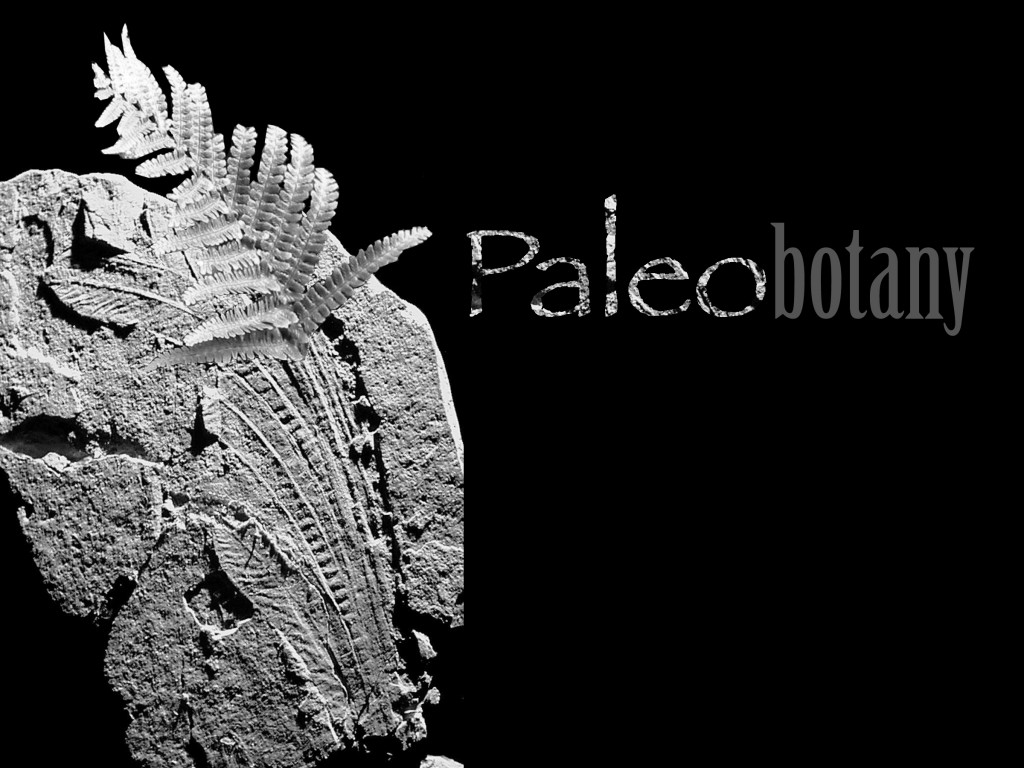 Most of us consider flowers a pretty accessory to be used when needed, perhaps for a friend’s birthday or a last-minute bouquet for Mother’s Day. For Professor of Geology and Geophysics Leo Hickey, however, flowers are much more intellectually interesting. As a paleobotanist, Hickey studies fossils of plant remains, and his area of interest is angiosperms, or flowering plants. Through broad research on the origin of angiosperms and epochs in their development, Hickey has been able to trace the reasons behind the evolutionary success of angiosperms, and has even been able to draw conclusions about global climate balances that extend to today’s current environmental situation.

A Different Kind of Tree

Land plants have existed for about 425 million years, but the earliest plants produced spores, and later gymnosperms such as conifers and gingko produced seeds, but not flowers. In 2003, the Angiosperm Phylogeny Group (APG) published a phylogenetic tree diagram of the origin and spread of angiosperms, showing the branching off of various orders and classes which scientists postulate have taken place throughout history.

Paleobotanists study all types of fossils related to plants. One method called stratigraphy seeks to reconstruct fluid mechanical properties of sediment and features of sediments so that conclusions and correlations may be drawn from grain size, structure, and other features. Based on Hickey’s research, the theory is that the earliest flowering plants were associated with unstable flood plains along rivers, where the land was periodically overwhelmed by floods. These plants would have to be herbaceous and shrubby in order to be capable of the rapid growth needed to sprout back from the periodic flooding.

Traditional gymnosperms such as conifers, which take about two years to reproduce, would not have been able to flourish in such rapidly changing conditions. However, herbaceous plants are shorter than woody trees and, using flowers to reproduce, would have been able to flourish with this evolutionary advantage over the gymnosperms.

At the end of the Cretaceous Period about 65 million years ago, a large asteroid impacted the earth, most likely causing the catastrophic mass extinction of the dinosaurs. Because the climate was drastically altered for a long period of time, this event also impacted the plant community on a global scale. Hickey’s research on fossil sediments from the period, which contain plant remains of leaves and other organs, show an enormous loss of plant diversity that correlates with the changes in climate.

Hickey and his assistants took samples from a closely spaced set of localities in rock from western North Dakota that corresponded to the age of the asteroid impact, and analyzed the material to determine how a variety of plants responded to the changes in environment. The evidence left in succeeding layers of rock and sediment shows that it took the earth five to seven million years for plant abundance to recover to pre-asteroid levels.

While this discovery may seem appropriate only as a minor note in the long history of plants on earth, the truth is that a nuclear “winter” caused by a full-scale nuclear war could produce similar conditions to those at the end of the Cretaceous Period.

Hickey notes that the asteroid produced an effect of 100,000 Hiroshima-sized bombs. If countries armed with warheads began launching nuclear missiles at each other, the climate would likely soon deteriorate such that a large majority of plants and animals would become extinct. Considering that it took the earth five to seven million years to recover from the previous impact, we would be in for a long winter – one we might not survive.

One of Hickey’s major contributions to the study of angiosperms is the invention of the leaf architecture system, a method of identifying leaves by their vein patterns. Botanists and paleobotanists can identify and categorize leaves by using fruit or flowers, reproductive organs that often accompany leaves.

However, leaves are often found on their own, without other markers that would assist in identifying the plant from which the leaf originated. This is a problem especially in paleobotany, where leaf impressions are common in rock but the leaves are generally not attached to other plant organs.

A Bit of Misplaced Mexico

Hickey has also conducted research beyond his primary interest. In particular, he has investigated the authenticity of the Baja-British Columbia Hypothesis. This postulates that a segment of North America corresponding to current-day Washington and British Columbia was situated next to California and northern Mexico during the Cretaceous Period. Through the movement of tectonic plates, the land shifted, and a portion of what used to be Mexico is now around British Columbia.

The rock in Washington and British Columbia can be identified using paleomagnetics, which uses the earth’s magnetic field and the observation of bits of magnetic rock to place the latitude of the initial formation of the rock. The earth’s magnetic field causes pieces of magnetic rock to orient themselves accordingly based on their position throughout the earth; at the equator, grains are horizontal, and at the poles, grains are vertical.

As sedimentary rocks are deposited, the small magnetic grains are oriented, and then the positions are sealed as the rock is hardened under pressure and through time. Samples from a part of Washington state consistently gave a latitude of 32oN instead of the expected 55oN. However, this did not produce a general consensus among geologists, and so Hickey sought to build upon this evidence through his investigation of paleobotanic features of the rock.

The flora found in rock samples from that part of Washington was useful in identifying the original location of the rock, since tropical flora is distinctly different from temperate flora. Temperate leaves are serrated, and the degree of serration is directly correlated with temperature. Hickey’s samples of flora also pointed to an estimated latitude of 32oN, with one degree of variation – and this was concluded without knowledge of the latitude given by paleomagnetics. Hickey’s investigation from the botanic aspect of the fossilized rocks gave strong evidence for the verification of the Baja-British Columbia Hypothesis. 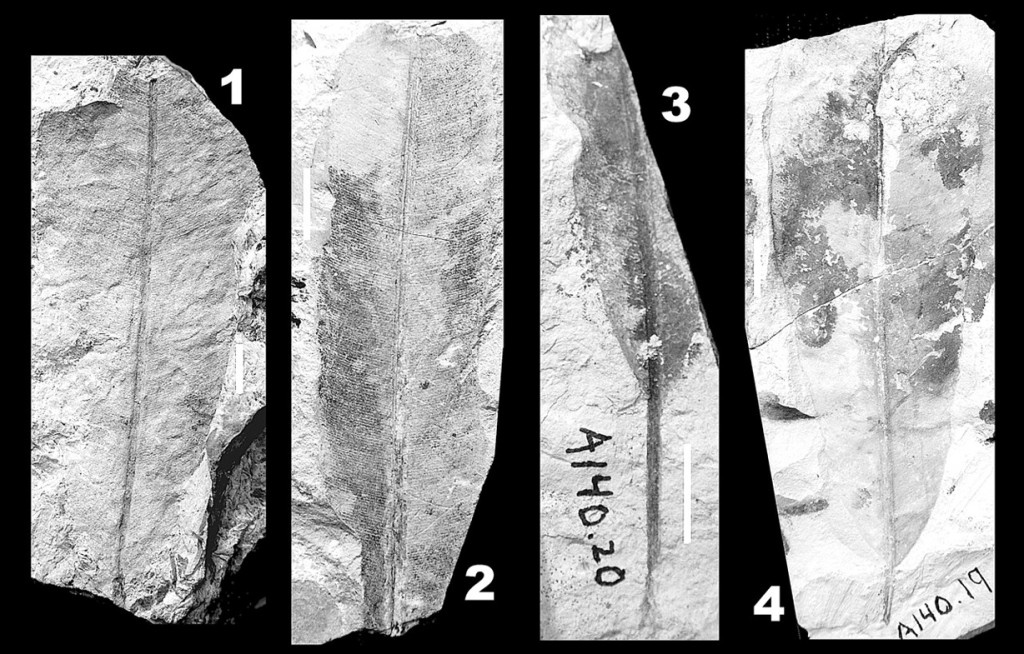 Climate Changes, Past and Present

Analysis of plant fossils as well as the sediments surrounding the fossils can be extremely useful in the identification of plant communities and the changes that these communities have undergone through time.

From samples near the North Pole, where angiosperm forests once flourished, Hickey has been able to process a sequence of plant fossils that stretches from the end of the Cretaceous Period to the early Miocene Epoch, a period extending more than 30 million years. The changes in plant abundance and diversity as measured through the fossil samples has allowed Hickey to determine the pace of climate change through millions of years, and to begin to correlate changes in environmental conditions with the fluctuations in angiosperm communities.

This holds direct implications on today’s hot subject of global warming – Hickey’s research on the effect of varying levels of oxygen on the burning of forest fires through geological periods of time shows trends that predict what will happen today to forests that burn, or to forests in the near future should atmospheric levels of carbon dioxide continue to increase.

Although his research peers millions of years into the past, and spans millions more years of time, Hickey sees his efforts as having significant relevance today. “It puts historic perspective on the evolution of plants, including where biodiversity comes from, and gives us pause to look at the diversity of world, particularly now that biodiversity is so threatened,” says Hickey. He refers to a time when he was in the Rocky Mountains studying 50 million year old plant fossils, and then traveled to Central America to see the same plants, still very much alive but threatened by the loggers right behind him.

Through his research, Hickey knows that plants and plant communities have developed over long periods of time in delicate balance with the climate, predatory animals, and other factors of the ecosystem. He sees today’s earth as profoundly out of balance, and also knows from his research that the earth’s natural forces will eventually rebalance the ecosystem.

But Hickey has these words of warning for those who will listen: “The earth will achieve another balance, but it will take a long time, and the new balance will not necessarily be in the interest of our species.”

Christine Bui is a sophomore in Trumbull College majoring in Molecular, Cellular, and Developmental Biology. She sincerely hopes that humans will inhabit the earth for the near and far future, so that people ten million years from now may investigate fossilized leaves from today and marvel just the same.

The author would like to thank Professor Hickey for his insight, time, and for the tour through the Peabody’s amazing rock and fossil collections.