Where are they now? Thomas Kempner, SM ‘75 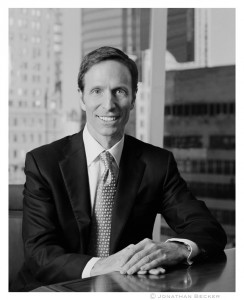 Ironically, Kempner did not major in economics. In fact, he took only one economics course while at Yale. Instead, Mr. Kempner majored in computer science. The problem-solving skills, persistence, and teamwork he learned while studying computer science have helped him get where he is today.

In a time before the personal computer and the internet, Yale’s computer science department was on the frontier of knowledge. By the end of his freshman year, Mr. Kempner had decided that he wanted to major in computer science.

At the time, Alan Perlis, renowned in the field and who helped develop the groundbreaking ALGOL 67 programming language, was the department chair. “He was an inspiring human being and teacher” recalls Kempner. By the middle of his sophomore year, Kempner realized that he did not think he had what it took to be an academic in computer science. “Working with Alan Perlis, I realized I was just not at his level.”

After graduation, Kempner worked for a year in a bank overseas before going to Harvard Business School. He then got a job at Goldman Sachs as a bond trader. After working at two more small firms, Kempner saw an opportunity to get into the hedge fund business in 1983. That year he cofounded Davidson Kempner and started with five employees. Today, Davidson Kempner has 120 employees.

“If I had to do it all again, I would still major in computer science,” Mr. Kempner explains. “Yale is not a trade school. You take courses to improve your mind’s ability to do things.” The skills that computer science courses teach are also valuable in the business world.

According to Kempner, “People who are science majors have a different way of thinking.” As an undergraduate, Kempner spent a summer at Yale writing an operating system with other computer scientists. This taught him skills in teamwork since each person wrote a different part of the software, and all the parts had to work together in the final product.

In computer science, as well as most things in life, persistence is important. “No program ever worked correctly the first time,” reasoned Kempner. “Programming a computer is a lot like life: it can be frustrating but it is rewarding when you get it right.”