“Elm City”: the Tragic Misnomer: The Loss of Elms on Hillhouse Avenue Provides Greater Lessons on the Dangers of Monoculture 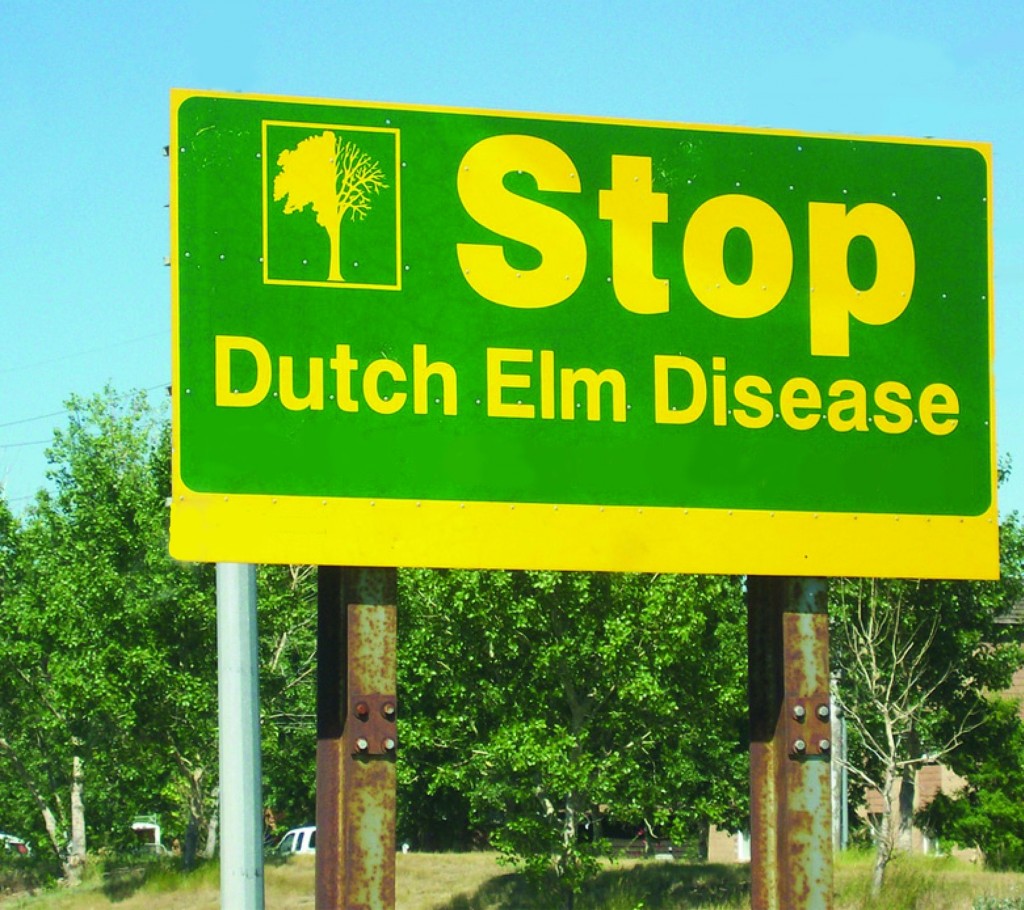 Even as we hurry across campus in the springtime, running between classes and meet­ings, our busy schedules do not prevent most of us from casting the occasional glance at the beautiful verdure surrounding us. After all, Charles Dickens once declared Hillhouse Avenue “the most beautiful in America.”

Of course, that was in 1868, when Hillhouse Avenue was shaded by rows of stately elms. The trees were a part of the urban planning of James Hillhouse in the early 1880s, whose active planting gave New Haven the nickname “Elm City.” However, only a few of those elms of centuries past are still standing.

It was a demise that might have been predicted by Charles Darwin. In his groundbreak­ing publication On the Origin of Species, he stressed that nature will annihilate groups that contain little genetic variation. The elms found in New Haven fit this description, as the widespread popularity of the American Elm had led to the planting of trees that were effectively clones of one another.

The catastrophic uniformity of the elms is mirrored in the monocultures that domi­nate agriculture. Pressured by market economics and encouraged by politicians, farmers have largely abandoned the traditional methods of crop rotation for petroleum-derived fertilizers and large-scale cash crops.

With food production systems following a trend not unlike that of the American Elm, it is only natural to wonder how many springs will pass before some common commodi­ties vanish from the dining halls.

The American Elm was venerated as the ubiquitous shade and city tree. Reach­ing to great heights with wide breadths, it effectively provided a verdant canopy to concrete, urban streets. The branches of its characteristic vase-shaped crown intertwined with those of other elms to form enveloping arches, reminiscent of the vaulted knave of a gothic cathedral.

Aesthetics aside, the elm’s ability to prosper in a wide range of climates, soil textures, and pH levels contributed to its prevalence. Its hardiness encompassed its tolerance of air pollution, limited root space and road salt, making it suitable for adorn­ing city streets. This popularity led to the monoculture planting and consequently to the unfortunate downfall of the American Elm caused by the outbreak of Dutch Elm Disease (DED) in the 1930s.

In 1931, a shipment of elm logs from France introduced a fungus, Ophiostoma ulmi, to the North American ecosystem. It is spread when elm bark beetles carrying the fungal spores burrow into a tree, exposing the plant’s vascular system to contamina­tion. As the fungus proliferates in the tree, the tree responds by plugging its own transport system to restrict the movement of water and soluble nutrients throughout the plant. The process culminates in the tree’s demise.

The effect of DED on the elm popu­lations was disastrous. According to the USDA Forest Service, about 77 million elms graced the urban landscape of the United States in 1930. By 1976, only 34 million remained – the rest destroyed by DED.

The trees that were planted varied little in their genetic information; this was ideal for planters who desired uniformity among their trees. With similarity comes shared desirable strengths and preferred features. However, similiarity also comes with shared weaknesses. Since the fungus causing DED had the ability to destroy one of the trees, it had a similar effect on the others.

And They All Look Just the Same

The problem of monoculture, critical to the decline of the American Elm, has been echoed in other cases of plant-related calamities. The story follows a trend that will persist as long as its causes persist.

“When humans domesticate plants they usually find one variety and grow a whole field of that,” said Paul Turner, Associate Professor of Ecology and Evolutionary Biology. Similar to what happened with the elms, it begins by discovering a suitable specimen. In terms of food commodi­ties, the candidate has to be aesthetically pleasing and palatable, in order to appeal to customers, while possessing the ability to be stored for a convenient amount of time. It must also have a high yield while withstanding the stresses of transporta­tion and pesticides so that production and transportation are feasible and economical.

Though this system has been fairly effi­cient for businesses, the continuation of the practice is propelling a trend in agriculture that will prove to be problematic in the future. “Humans change things to our liking, but that doesn’t mean they are most likely to survive,” said Turner. “Natural populations rely on variance to be less susceptible to attack.”

A look at one of our staples, the banana, can tell a revealing story about the impacts of monoculture on food. “There’s almost no genetic variation among bananas,” explained William Segraves, Associate Dean for Science Education. The only banana variety currently grown, with the exception of some exotic varieties, is the Cavendish.

Struggle with a Quarry

In celebration of Darwin’s 200th birth­day and the 150th anniversary of On the Origin of Species, the Yale Center for British Art opened the exhibit “Endless Forms.” One work, John Hancock’s “Struggle with the Quarry,” features a falcon and a stork in an energetic scene illustrating the basic tenants of evolution. A susceptible member is eliminated from the species’ gene pool, furthering the trend in which successive generations are continually fitter to survive.

“Nature exerts a selective force,” Turner said. This force revolves around four key concepts: individuals in a population vary, the variation is heritable, some variants have advantages in survival and reproduction, and populations evolve to reflect success­ful variants.

In a natural situation, the trees less able to fend off the attack would have been eliminated, leaving the most fit to continue the propagation of the species. However, the variation needed for this to happen could not exist in an environment in which plants were not allowed to sexu­ally reproduce. “The consequence of sex in any biological system is the production of genetic variability, which is the raw material for evolution by natural selection,” Turner explained.

By relying on vegetative reproduction to spread crops in monocultures, the four pillars collapse and evolution is halted: individual plants do not vary, only exact genetic material is inherited by the next generation, no plant has advantages to sur­vival or reproduction compared to another, and there are no successful variants to be reflected in future generations.

Nature designed life to be diverse. Genetic variation is crucial to the survival and strength of a species. With uniformity, a single virulence can annihilate a species. As we celebrate the 200th birthday of Darwin and 150th anniversary of the Origin of Spe­cies, we should take from Darwin not only knowledge about natural selection, but also the example he provides of a revolutionary thinker warning us about trends taking place in the world around us.

For the past few decades, political and economic forces have contributed to the prevalence of monocultures. Federal pro­grams subsidize the production of cash crops while offering incentives to increase production. Pressured by the distribution of government subsidies, farmers have placed a greater importance on yield than sustainability. With the current emphasis on abundant and inexpensive food, practices that promoted diversity and sustainabil­ity were discarded for modern practices favored for their efficiency and simplicity.

Planting and specializing in a single crop is simpler than rotating among several. The latter requires more planning, effort, and expertise on how to manage each variety in a complex system. Likewise, it requires less effort to simply spread a fertilizer or pesticide over a field than to research which crops should be planted in rotation to suppress pests and increase soil fertility. Such a system would involve meticulous record keeping and a deeper understanding of botany. A change from present trends would also require a “move towards some­thing where we don’t worry as much about yield per plot,” said Turner.

The Passage of Time

Hillhouse Avenue is still verdant – now lined with oaks. The scenery was repaired with time and a stately substitute for the elms. But that does not change the moral of the story, and depending on a monoculture-based agricultural system can have conse­quences that extend much farther than a vaulted vista.

A prominent example of just such an effect is the Irish Potato Famine. Forced by the British landlords onto small patches of land, Irish peasants had to rely on the potato, which was the only crop that could be grown in a sufficient quantity with the limited space available. Disaster struck in the form of a blight caused by an oomycete and the effects were infamously devastating.

The reliance on monocultures creates a situation in which a single type of patho­gen can eliminate an entire vegetal group. Variance is necessary for the survival of a species. The lack of it in our food produc­tion system spells danger. This forces one to think about the commodities that will no longer grace our dining halls in springs to come.

About the Author
CAROL HSIN is a sophomore in Timothy Dwight majoring in Environmental Engineering and International Studies. This article emerged from Hsin’s interest in the physical traces of Yale’s history and how the story of an avenue can relate to world issues.

Acknowledgements
The author would like to thank Professor Paul Turner and Dean William Seg­raves for their help in preparing this article.