On March 27th, 2007, Marek Michalowski introduced the YouTube community to its newest dancing sensation: Keepon. His video, which showed the little yellow snowman-shaped robot bobbing, rocking, and grooving in sync with the song “I Turn my Camera On” by Spoon, quickly went viral, and the internet became abuzz with curiosity about this peculiar new toy.

What was this dancing Keepon all about? Hideki Kozima, currently a researcher at Miyagi University and formerly at the National Institute of Information and Communications Tech­nology (NICT) in Japan, teamed up with Michalowski, a Carn­egie Melon researcher and Yale graduate, to program Keepon to dance to music.

Keepon is able to recognize beats and move along to them. Kozima originally developed Keepon as part of his ongo­ing research on using robots to study human interaction. Spe­cifically, Kozima has focused on using robots to interact with small children, in order to better understand how social intelligence develops from an early age.

Kozima has also been in­terested in how these robots might be able to assist children with social developmental dis­orders such as autism by pro­viding them with a simple and non-stressful way to socially interact.

One of Keepon’s striking features is its simple physical appearance. How are children able to relate to something with no limbs but just a nose and two unexpressive eyes? Keepon’s simple design is actually the result of extensive research with an earlier robot, Infanoid. Infanoid was an upper-torso humanoid robot with a mouth, eyes, hands, and other human features.

In many cases, Infanoid’s anthropomorphic, yet mechanistic appearance would startle young children and overload them with information. With this in mind, Kozima designed Keepon as the simplest possible robot that could nonverbally interact compre­hensibly with children without overwhelming them.

Keepon relies on two fundamental types of action to interact with people: attentive actions and emotive actions. Attentive ac­tions are when Keepon turns its head towards targets and orients in a certain direction in order to convey information about what it perceives.

Rythmic intelligence is based on the idea that there are rhythms in speech and body language that become coordinated in interper­sonal interactions (a phenom­enon known as interactional synchrony) and form a basis for communication. Keepon has been equipped with audio, vi­sual, motion, and force sensors that allow it to extract and pro­cess rhythmic information from its environment. For example, Keepon has been integrated with a sophisticated beat detection algorithm that it uses to isolate rhythms in music. Keepon can then process these rhythms to synchronize its movements and dance to music, as in Michalows­ki’s YouTube video.

Keepon can also perceive and sychronize to a person’s move­ments, in the same way that people do during interactional synchrony. Since rhythm is be­lieved to play such a fundamental role in communication and is an important part of many treatments for autism, rhythmic intel­ligence adds an entirely new dimension to Keepon’s interactions.

Keepon has provided Kozima and his team with much insight on social development, especially in autistic children. Autistic children, who are commonly believed to lack a motivation to share or elicit emotions and mental states, were able to establish social relationships with Keepon in several instances.

These children displayed behaviors such as showing Keepon affection, giving it gifts, and acting protective towards it. Keepon’s presence even allowed autistic children to be more open in inter­actions with others, as they would often share their pleasure in playing with Keepon with their parents and caretakers.

Kozima believes that this indicates that children with autism don’t lack a motivation to socially interact, but rather are too overwhelmed with information during normal social interactions to be able to properly partake in them. Keepon’s simple actions and appearance proved to be manageable enough for autistic children to comprehend its emotions and interact with it easily. 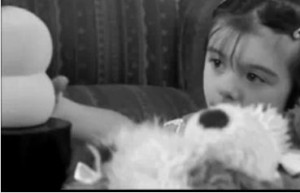 What’s in Store for Keepon

Kozima and his team are continually refining Keepon and are currently focused on improving its system of rhythmic intelli­gence. Due to its high production costs, Keepon is priced at the hefty sum of $30,000. However, Kozima and his team are com­mitted to building a less expensive model that would still retain Keepon’s key features and could be used in schools for children with disabilities or elderly homes. Soon, Keepon may find its way into homes, schools, and offices everywhere.