Prosopagnosia – Whose Face is It? 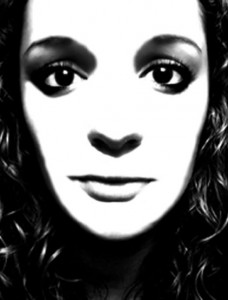 Despite the complexity of human faces as visual stimuli, we rapidly and unthinkingly identify the faces of our peers. Our remarkable efficiency in this computationally formidable task suggests that our visual perceptual system employs a specific mechanism dedicated to processing facial identity. Among the strongest evidence for the existence of such a mechanism comes from a disorder called prosopagnosia, or “face blindness.”

Prosopagnosia is a selective and often severe deficit in the ability to recognize others’ faces. People suffering from the disorder are often unable to recognize their friends and family members by face alone, instead relying on vocal cues for proper identification. They cannot name images of celebrities, even if they can describe who the celebrity is.

They often describe faces as nearly indistinguishable; one patient characterized faces as “strangely flat, white with emphatic dark eyes, as if made from a flat surface, like white, oval plates, all alike.” However, their general visual ability and recognition of non-face objects often remains intact.

Prosopagnosia is a heterogeneous disorder, with variableseverity, selectivity, and neural basis. It has been sub-divided into two broad classes based on the source of the condition.

Acquired prosopagnosia results from damage to the occipital and/or ventral temporal lobe, often including the fusi­form face area or occipital face area. This was first documented in 1844, although reports of acquired face blindness date to antiquity.

In contrast, developmental (or con­genital) prosopagnosia is typically pres­ent from birth. This class was discovered far more recently, with the first report in 1976.

While its prevalence is not well estab­lished, a German group recently pro­posed that developmental prosopagnosia is present in two percent of the general population.

Symptoms of prosopagnosia are assessed using face discrimina­tion tasks, in which the subject is shown photographs of faces and must decide if they represent the same person. The photos may differ in brightness and contrast or viewpoint.

Also used are face memory tasks, such as deciding whether a face belongs to a set of previously presented faces. Individuals with severe prosopagnosia may score four to six standard deviations below the average on such measures.

In acquired prosopagnosia, these overlaps are unsurprising: neurological damage is typically diffuse, and brain regions involved in face processing are near both object recognition areas, such as the lateral occipital complex, and scene processing areas, such as the parahippocampal place area. Some brain-damaged patients show one or more of these other perceptual deficits without prosopagnosia.

Perhaps the most intriguing cases of prosopagnosia are those in which the deficit is highly specific to face recognition. In these instances, occurring in both acquired and developmental cases, patients have no other visual deficits besides face processing.

Even within the domain of face processing, these patients may properly judge facial expression, gender, and age. They often perform similarly to typical subjects on judgments of the trustwor­thiness or attractiveness of a face. They may also be able to detect a face-like pattern from a superficially meaningless visual array, and they can tell when an object is or is not a face.

This suggests that different com­ponents of face perception are disso­ciable and that prosopagnosia primarily involves a deficit specific to the process­ing of facial identity. Given the crucial social relevance of face recognition, it is unsurprising that evolution may have equipped humans with a neural mecha­nism dedicated to this task.

Some psychologists, however, dispute the claim that faces are processed in a special way. They argue that face recognition involves only mechanisms specific to “within-category” discrimination, the same as those involved in discriminat­ing different cars or different birds. While many prosopagnosics are impaired at within-category discrimination generally, some are virtuawlly unimpaired or even talented in this domain. These results support the hypothesis of perceptual processes dedicated to face recognition.

Although a significant body of literature on prosopagnosia has accumulated in the past half-century, we still have a very limited understanding of the causal relation between the observed neural and psychological abnormalities.

Several functional magnetic resonance imaging (fMRI) studies have examined activation in the fusiform face area (FFA) during face perception, as this brain region is known to respond much more strongly to faces than other objects and scrambled images in normal subjects.

Perhaps surprisingly, FFA activation has been consistently observed in developmental prosopagnosics and in acquired prosop­agnosics without damage to the FFA. However, FFA activation does not imply unimpaired FFA function.

In normal subjects, the FFA response to a face diminishes when the face is presented twice sequentially (this is one example of a phenomenon in neuroscience known as “repetition attenuation”). One study found no repetition attenuation of the FFA response to faces in an acquired prosopagnosic with no FFA damage, supporting the psychological finding that severe prosopagnosics perceive all faces as relatively similar.

Further research is needed to determine how and why certain neural abnormalities lead to face blindness.