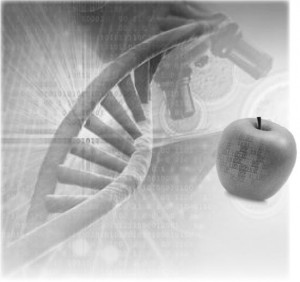 Scientific advancements in the field of data storage, technol­ogy, and communication during the past century have contrib­uted to revolutions in the biological sciences. Within the past decade alone, researchers have been able to employ previously unavailable computing strategies and hardware to begin answer­ing fundamental questions, such as the nature of protein syn­thesis and fatty-acid metabolism.

Yet despite understanding the elemental details of various cellular processes, many mechanisms of disease remain enig­matic. Currently, scientists have been unable to elucidate all of the cellular defects that give rise to uncontrolled cell prolifera­tion (cancer), neuron degeneration (spinal muscular atrophy), or amyloid formations in the brain (Alzheimer’s disease).

The question that many researchers and clinicians are now posing is whether the current strategies of scientific inquiry, mainly reductionism, are capable of formulating the details and models necessary to make sustainable advances in human health. Small but growing groups of reductionism skeptics have begun exploring different research methodologies to bridge the gaps in knowledge of biological systems.

Their search has resulted in the expansion of a field of sci­entific thought that is a potential competitor to reductionist-focused research.

At the beginning of the twenty-first century, the human ge­nome was completely sequenced. This scientific achievement coupled with the expansive improvements in computer tech­nology has accelerated the growth of a new scientific inquiry paradigm: systems biology. This emerging research methodol­ogy seeks to organize biological data to define the parameters of living systems, loosely termed as “an assemblage or combi­nation of things or parts forming a complex or unitary whole.”

According to the Institute of Systems Biology, a leading cen­ter in multidisciplinary systems biology research, the field seeks to provide a global understanding of “the interplays of differ­ent hierarchies of biological information DNA, RNA, proteins, macromolecular complexes, signaling networks, cells, organs, and organisms.”

These interactions could lead to the formation of general paradigms of many cellular processes. Current systems biology theories suggest that the multitude of processes is the result of repeating simple interactions. By discovering these potential patterns in cellular pathways, it may be possible to predict the nature of cellular processes despite their seeming randomness.

As Thierry Emonet, Assistant Professor of Molecular, Cel­lular, and Developmental Biology, noted, “Predicting how cells behave has been notoriously difficult despite staggering amounts of data. Systems biology collects and discovers data to model, using mathematical equations, how cells behave under hypothetical parameters.” These models may have implications in human health and elucidate of the most complex of path­ways.

Though systems biology was formally introduced in the 1960s, the field remains relatively young compared to others in the biological sciences, such as molecular biology and genetics. While the field has a clearly defined goal of establishing which molecular interactions are responsible for certain phenotypes, the methods and technologies employed to tackle this problem have not been firmly standardized.

However, significant strides have been made, and as technol­ogy and experimental methods improve, the field is beginning to develop a level of unification seen in many of the older bio­logical disciplines.

Now, systems biology relies on a multitude of interdisciplinary techniques including proteonomics and genomics. By obtaining, integrating, cataloguing, and analyzing a plethora of data from available sources, systems biology examines general links in the chaos of the cell. For example, Emonet notes in his research that he examines the “relationship between signal transduction, information processing and cell-to-cell variability and asks how the molecular mechanisms in single cells are optimized and con­trolled to generate multicellular behavior.”

Emonet states that the goal of his research is “to build a sys­tems level understanding of information processing in biology that relates cellular behavior to key aspects of the molecular en­vironment, such as gene position on the chromosome, protein network architecture, and noise in gene expression and signal transduction.”

Since systems biology is focused on collecting and organiz­ing data, the field is mostly not hypothesis driven. For instance, while the rationale of the Human Genome Project is easily identified, it is more difficult to recognize a clear hypothesis.

Emonet notes that while a significant portion of the research of systems biology is data collection, the purpose of the field is to utilize the information in rewarding ways. “Systems biol­ogy collects data and then creates mathematical models, which can test a multitude of hypotheses. This way, a researcher does not waste months or even years testing unfruitful theories. This methodology can streamline scientific inquiries and lead to quicker advancements.”

In terms of the requirements to enter the field, Emonet stresses that the modern biologist should have a firm ground­ing in rigorous mathematical concepts such as differential equa­tions and linear algebra. “As mathematics, computer science, and biology become more integrated, it is important to have a deep understanding of these principles to study cells in an ac­curate way.”

Science, similar to fashion or television programming, is sus­ceptible to trends. Throughout history, many seemingly fruitful ideas have resulted in minimal advances. At present, it is not possible to gauge the importance of systems biology. However, the field is undoubtedly tackling many difficult questions, and it would not be surprising if significant achievements in under­standing biological processes are gleaned from this method of inquiry.

What is certain is that systems biology continues to be a im­portant area of study in modern biology.