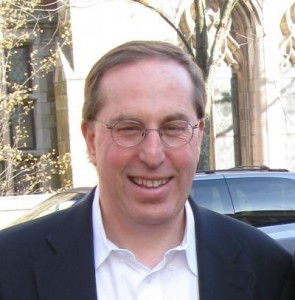 A. Douglas Stone was recently named a Fellow of the Optical Society of America (OSA). A worldwide scientific organization of over fifteen thousand engineers, scientists, and educators, OSA is designed to increase and disseminate knowledge, promote research for optics, and provide a forum for discourse.

Stone, Carl A. Morse Professor of Applied Physics and Physics, was honored for both investigating the scattering of light waves, a phenomenon called chaos in optical cavities, and for providing a new, all-inclusive paradigm of general laser theory.

Stone began his foray into the world of theoretical physics as a condensed state matter physicist. After completing his Ph.D. at the Massachusetts Institute of Technology, he joined Yale’s faculty as an Associate Professor in 1986. , Stone gained much recognition and respect for his work on quantum mechanical effects of the conduction of electrons and was later elected as a Fellow of the American Physical Society (APS). In 1994, however, Stone switched to studying optics. “A fairly big switch,” as he recalls, was motivated by the problems in optics and light waves that were similar to those of electrons.

In 1997, his research on chaos in optical cavities was featured on the cover page of Nature and termed “one of the few major breakthroughs in optics” that year. Eleven years later in 2008, Stone’s new research headlined Science. Along with colleague Hui Cao, Yale Professor of Applied Physics, he developed a revolutionary mathematical theory to model lasers. These two achievements have been the key factors behind his appointment as an OSA Fellow.

Stone feels honored to be a fellow of both APS and OSA, a rare accomplishment. With four patents in hand, he now aims to make a difference in the next generation of physicists. Regarding his laser theory contributions, he remarks, “maybe they’ll be in a textbook someday.”