Biosensing: The New Advance in Point of Care Technologies 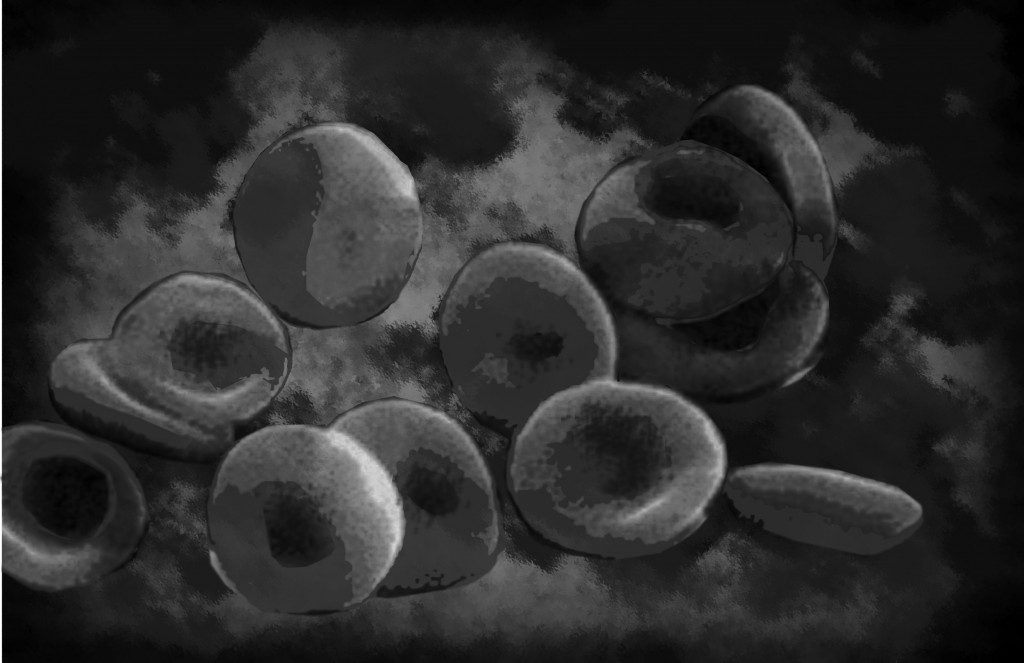 Biosensing has developed into one of the most rapidly advancing fields as our technology and standards of equipment become more and more precise. Biosensing, in general, is the use of a fabricated device to detect a biological indicator of a system state (termed “biomarker”) at the sensitivity necessary for its purpose. In Professor Mark Reed’s lab at Yale as well as other applied physics labs across the country, the focus within the last decade has been to size biosensing devices down to the nanoscale, thus aptly giving them name “nanosensors.”

In Professor Reed’s lab, the team is currently looking at a particular application for nanosensing with broad applications in the medical field: blood purification. Blood is the primary chemical means to diagnose disease in the body as tissues in a disease state often release biomolecules indicative of the disease, such as antigens, into the blood stream. These biomolecules, dubbed “biomarkers,” are precisely the molecules that the Reed group wishes to detect. If one can detect these biomarkers quickly, specifically, and inexpensively, then point-of-care clinical diagnosis will become much more efficient and perhaps even allow for more lives to be saved.

The device that the Reed lab has created consists of two main parts: a blood purification chip and biosensor chips, both of which are incorporated into a larger system that connects the parts. Even though the entire device is not very large (about the size of a finger), it can speedily demonstrate biosensing performance in less than 20 minutes. While other groups have also looked at biosensing in fluid systems, the Reed lab has uniquely created a microfluidic blood purification chip upstream of the biosensing chip to purify blood at its initial insertion into the system.

Purifying Blood on the Microscale

The microfluidic purification chip (MPC) is a small chip with channels that employs a method of capture and release of biomarkers from the blood sample as it first enters the system. The Reed chip is made to capture cancer biomolecules specifically from whole blood and then bind such biomolecules to antigens present on the chip. The scheme of blood entry and purification is as follows: (1) A small sample of blood is inserted into the system. (2) Blood from the entry point enters a flow chamber, which serves as a channel for blood to flow over the MPC. (3) The chip-bound antigens bind to the soluble biomarkers of interest, removing the molecules from the blood and essentially “capturing” them on the MPC. (4) After the blood has flown over the chip, a wash containing sensing buffers is perfused into the device chamber and flow is halted. At this last step, the buffer-filled MPC is irradiated with UV light, which causes a photocleavage reaction and releases all of the bound molecules from their complexed states. A valve is then activated such that the buffer contents are transferred to the second chamber, which contains the nanosensor chip.

The Reed group was the first to pioneer a purification system upstream of the sensor itself. The problem with nanowire based sensors at their first inception was that blood had so many possible biomarkers that non-specific binding of molecules on the selectively functionalized nanosensor surface generated too much “noise” in the system detection data, causing “false detection” of biomarkers. In the medical field, false detection can be a significant problem if emergency courses of action, such as body radiation therapies, were taken based on a false reading. The Reed group successfully overcame these obstacles by efficiently purifying the blood before detection by the sensor.

Moreover, apart from the advantages that the MPC presents in general, the structure of the microfluidic chip itself allows for the unique reactions of the purification process. The chip, about 0.5 mm wide with 100 micron pillars, is functionalized with avidin, a molecule that allows for specific and strong binding. Antibodies of interest for the biomarker that the system wishes to detect are conjugated to photocleavable biotin crosslinkers, meaning that they can be cleaved in intense light. During fabrication, the biotin is bound to avidin, forming one of the strongest molecular bonds known. With the functionalized chip oriented so that the antibodies are sticking out directly into the inserted blood sample, maximal binding of the biomarkers for later sensing can be ensured. At the last stage, after the binding of the molecules to the chip surface, the chip is placed in the blood entry chamber. By the end of purification, unwanted blood is washed away and a wash solution with the cleaved biomarkers of interest is left to enter the second chamber of the system.

At the second chamber, the purified sample with the biomarkers enters the nanosensor chip. The chip contains eight devices or specific sets of fabricated nanowires. These eight devices allow for real-time integration of signals and observance of binding as well as accurate current change in the actual time of signal measurement. Nanowires in these devices are small ribbon-like arrays of a constitutive element, in this case silicon, which all serve as field-effect transistors. Alek Vacic, a graduate student at the Reed lab, explains that the nanowire transistor can be described as “a water pipe in which the value, the gate voltage in our case, allows for control of water flow, [in this case] the current.” Binding of the solution ions to the nanowire surface traps modulates the current and effectively operates as the gate. The biomarkers present in the solution, when passing through the sensor, bind to the functionalized nanowires, which have similar groups to the MPC. The current changes are observed in relation to how much binding occurs and ultimately can be used as the indicator of how many species, if any, are present in solution. The final statistic will inform doctors of how many molecules at a given blood concentration are present, a number which can be used to efficiently diagnose a disease.

This Reed lab device, made in collaboration with Eric Stern and Tarek Fahmy of the Yale Biomedical Engineering department, is a true innovation in its field. The whole device uses only approximately ten microliters of blood, about the size of a single drop. This small scale sensing will reduce clinical costs and time consumption by many-fold. The device has been shown to purify, in less than twenty minutes, two model cancer antigens, PSA (prostate specific antigen) and CA15.3 (breast cancer antigen). The Reed lab currently has two generations of detectors: a highly sensitive one that can detect in the fMolar range and a more cost efficient device that detects in a slightly higher range. This blood purification biosensing device can significantly change the way diseases are diagnosed. Alek Vacic of the Reed Lab fittingly states: “These sensors have the potential to dramatically change point of care applications.” Hopefully, they will.

About the Author
KARA BROWER is a sophomore in Berkeley College and works in Professor Sigworth and Professor Reed’s labs studying the production and functionalization of monolayer graphene. She is a prospective Biomedical Engineering major, and when she isn’t in the lab, enjoys reading American literature.

Acknowledgements
The author would like to acknowledge Professor Reed and Alek Vacic for all their help and advice in writing this article, and for all the great experiences she has had working in their labs for the past year.