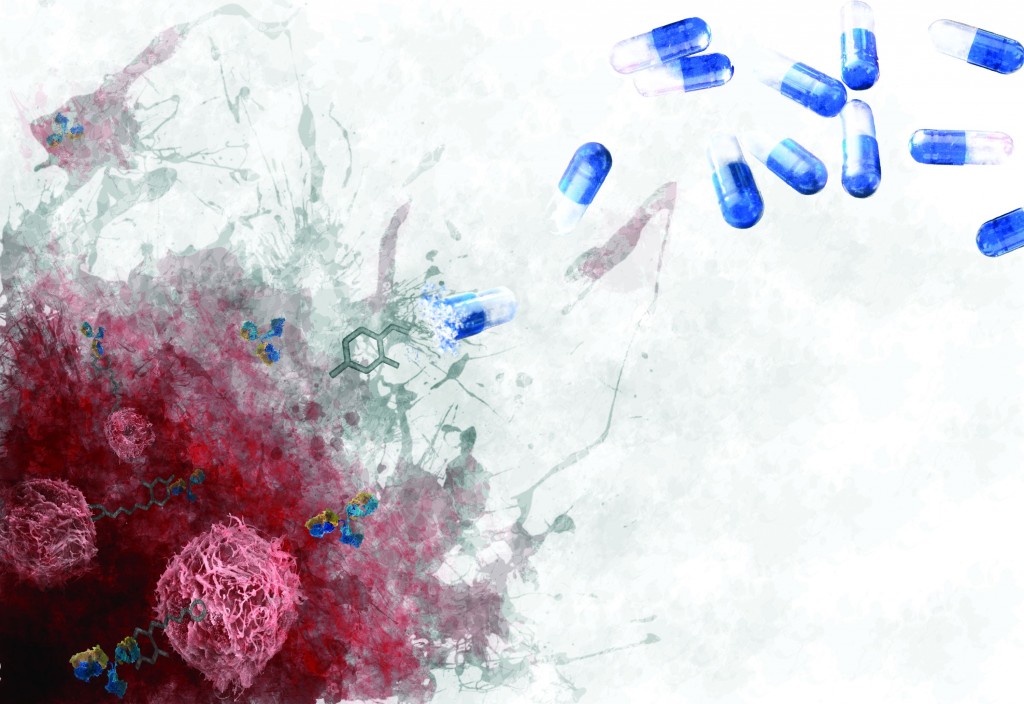 The oldest known written records of cancer date back to 1600 B.C. in ancient Egypt, when an early physician grimly reported: “There is no treatment.” For over fifteen hundred years, no therapy existed, making a diagnosis a death sentence. However in 1020 A.D., Ibn Sina wrote in The Canon of Medicine of a potential treatment requiring the complete excision of all cancerous tissue, including amputation and the removal of veins connected to the tumor.

It took another nine hundred years for the development of the first non-surgical therapies, accelerated by Marie Curie’s experimentation with radiation in the early twentieth century. The advent of radiotherapy jump-started an investigation for newer and more effective treatments that have gained even more momentum in recent years.

Today, traditional cancer therapy comes primarily in three forms of treatment: surgery, radiotherapy, and chemotherapy. Each method has its advantages, and often more than one is used to produce the best results. However, each is marred by its own set of drawbacks, including inoperability, non-specific tissue damage, and severe cytotoxicity. Even though treatment success rates continue to rise with these techniques, new therapies that promise safer and more effective treatment are being developed in cutting-edge research facilities throughout the world.

New approaches that have shown incredible potential capitalize on the body’s natural response to foreign cells and its attempts to boost anticancer immune responses. Because cancerous cells typically result from mutations, cancer-specific antigens may mark the surface of tumor cells, causing our immune system to respond to these unfamiliar markers with an attack. However, in order to effectively remove the cancer, this natural response must be augmented considerably.
These approaches often rely upon injecting large antibody molecules to target these antigens, and kill the cancer or inhibit its growth and metastasis. While several researchers have reported success with this approach, high levels of degradation, immunogenicity and exorbitant costs prove this difficult to implement.

Seeking to eliminate most, if not all, of the drawbacks associated with monoclonal antibody therapy, David Spiegel, Assistant Professor of Chemistry at Yale University, has devoted his research to the synthesis of complex molecules capable of manipulating immunological functions to treat disease. Holding both an M.D. and a Ph.D., Professor Spiegel is uniquely positioned to apply novel chemical synthesis in search of solutions to biological problems, especially those related to disease.

Joining Yale in 2007, Professor Spiegel launched his lab, inspired by the selective targeting theory and the “magic bullet” concept first proposed by Paul Ehrlich at the beginning of the twentieth century. As opposed to large protein molecules—notorious for their lack of oral bioavailability, thus requiring injection, as well as their potential to incite an immune response—the Spiegel lab chose to focus on small molecules, driven by their scalability and their relative ease of synthesis.

Conducting practically every aspect of their research from start to finish, the Spiegel lab is involved from the moment of conception to design, synthesis, and even testing by cell assays. Out of this pioneering work has come a breakthrough class of molecules, which borrow aspects from immunotherapy and targeted therapy although avoiding their most significant disadvantages.

The first part is the cell-binding terminus (CBT). Following previously established targeted design concepts, the CBT structure recognizes an antigen or structure specific only to the target cell. Furthermore, the CBT solely focuses on the antigen-binding variable domain and does away with the cumbersome constant domains of the monoclonal antibodies used in targeted therapy. While this slimmed-down molecule easily avoids the pitfalls of the larger antibodies, additional development is still needed to enhance the therapeutic effects of the CBT.

In contrast, the antibody binding terminus (ABT) has a constant structure that allows it to redirect highly concentrated anti-dinitrophenyl (anti-DNP) antibodies in the bloodstream against the target of the CBT. This clever design allows the ARMs to harness the body’s natural immune response to destroy the harmful targets without additional amplifiers or antibodies, natural or artificial, specifically against cancer cells.

The final part of the ARM is a polyethylene glycol linker that attaches the CBT to the ABT. The number of oxyethylenes, which determines the linker length, needs to strike the important balance of being long enough to avoid steric interactions that inhibit antibody-binding but also short enough to not compromise potency.

The result is a unique molecule with multiple advantages over other treatment methods. Much smaller than monoclonal antibodies and other large molecules, ARMs are approximately 1% the size of other targeted molecules, which allows them to be administered orally, functionally non-immunogenic, and substantially more cost effective to mass-produce.

The first ARM targeting cancer, ARM-P, focused specifically on prostate cancer and was directed against a highly overexpressed prostrate cell-surface protein: prostate specific membrane antigen (PSMA). The synthesis of ARM-P began with the design of CBT, which was based on other small-molecule ligands that bound to PMSA.

The molecular docking program Biochemical and Organic Model Builder (BOMB) was used to create several molecular models in collaboration with Professor William Jorgensen’s laboratory, a computational chemistry research group at Yale. Andrew Zhang, a graduate student in the Spiegel Lab and one of the primary researchers on the ARM-P project, noted that computer modeling “was absolutely crucial with regard to impact. It gave us a hint as to what length of linker was probably needed.”

Eventually, continued collaboration with the Jorgensen Lab led to the discovery of eight oxyethylene units as the ideal linker length that showed maximum antibodies being recruited. Further crystallographic studies revealed a binding interaction between tryptophan—a common amino acid—and the DNP group, suggesting a general binding relationship that could be applicable to other cancers and pathogens.

While ARM-P is still undergoing optimization and animal-model testing, its successful synthesis and excellent binding potency heralds a new approach to cancer therapy that may capitalize on the many virtues of immunotherapy strategies without the disadvantages of large molecules.

Cancer is not the only target of ARMs; a special focus has also been placed on ARM-H, a HIV targeting molecule. Developed in parallel with ARM-P, ARM-H also began with the synthesis of CBT, which was based off of a Bristol-Meyers Squibb drug that binds specifically to the HIV glycoprotein gp120, which is found on both the virus and infected cells. Also by design, ARM-H not only flags gp120-expressing cells for immuno-destruction, but also prevents HIV from fusing with T cells, thus functionally interfering with multiple points of its lifecycle. After a CBT was chosen, a synthetic route was devised to attach the linker and finally the ABT, a process that was completed in six months.

Now, the lab is working to enhance the activity of the molecule. Christopher Parker, also a graduate student in the Spiegel Lab and the lead researcher on the ARM-H project, sheds light on the unique nature of the molecules, saying, “the molecules are becoming better every day. We now have twenty some analogs and one is a hundred times more potent due to a unique binding structure.”

As ARM-H undergoes development, Parker and the lab are collaborating with biological labs in order to introduce animal studies. ARM-H has great potential to completely revolutionize HIV therapy, as it is not limited to just a single molecule or function.

Although much of the current focus around ARMs has been on developing therapeutic molecules for cancer and other pathogens, these molecules have a wide variety of alternative uses. Parker points out that ARMs are “synthesized like an assembly line. Any molecule can be interchanged for the CBT or ABT, including cytotoxic warheads or fluorescent molecules. All of these syntheses are truly convergent.” Zhang suggests that ARM-Ps could be developed to the point where they would “give rise to a long-lasting immune response. Not a vaccine, per se, but it would potentially allow the immune system to accomplish what it would if it were vaccinated.”

As ARM-Ps, ARM-Hs, and their future derivatives continue to be developed and tested, it is clear that these new molecules hold incredible potential and are poised to redefine therapies for cancer, HIV, and countless other diseases.

About the Author
SUNNY KUMAR is a sophomore Molecular, Cellular, and Developmental Biology major in Saybrook College. He conducts research in Professor Zhong’s lab investigating the role of genes in neurogenesis and asymmetric stem cell division.

Acknowledgements
The author would like to sincerely thank Dr. David Spiegel, Andrew Zhang, and Christopher Parker for their time and excellent research. He wishes them continued success in their endeavors.