In Search of the Grand Design 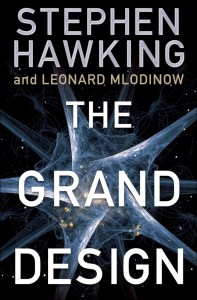 Curiosity has often pushed mankind to find the laws governing natural phenomena. Both mythology and the Scientific Revolution have been byproducts of our need to explain and reason the world around us. Recent advances in physics have allowed modern scientists to glean insights into the fundamental laws that govern the universe. The revolutionary ideas of general relativity and quantum mechanics have positioned physicists to search for the one unifying theory that bridges the gap between the two pillars of modern physics. Stephen Hawking and Leonard Mlodinow’s book The Grand Design offers readers a glimpse into the two revolutionary ideas of modern physics and the quest for the Grand Theory of Everything in the backdrop of an ultimately philosophical context. His new work promises to be “a book that will inform – and provoke – like no other.”

In analyzing Hawking’s book, one needs to account for both the way Hawking presents the relevant physics as well as the way he proposes the philosophical implications of the science. Throughout the book, Hawking presents arguments and descriptions for “how the universe works.” His explanation of both general relativity and quantum mechanics, while appropriate as a laymen’s introduction, seem ad hoc, scattered, and placed haphazardly within chapters entitled “What is Reality?”, “Alternative Histories”, and “The Theory of Everything.” Hawking’s attempt to define the “philosophy the physics” – that is, place scientific ideas into philosophical theories of existence and reality – becomes convoluted within his proposed philosophy. While not altogether an incorrect approach – after all, he is trying to ultimately present his physics-altered philosophical views – this approach prevents a full appreciation of such breakthroughs of general relativity and quantum mechanics. There is indeed deeper physical implications of, for example, quantum mechanics than as a means to a final theory that solves all other philosophical questions. The same analysis can be applied to Hawking’s treatment of general relativity.

While Hawking presents both ideas accurately, he does not develop the seamless transition from the two concepts into the goal for the grand unified theory. In a sense, the search for “the grand design” is not as well explained and developed as it should be. Instead, Hawking bypasses this necessary explanatory phase and continues to expound further on how the grand theory absolves all questions regarding our existence. Without the relevant fundamental background in such ideas as string theory and M-theory and how they strive to unify quantum mechanics and general relativity, readers will find it hard to exactly realize how much physics has indeed affected (or at least, should affect) future philosophical inquiry. While Hawking presents the materials succinctly in hopes of holding readers’ attention, a deeper insight into the intricacies of the physical theories would benefit readers’ sense of modern physics as well as providing a thorough background into the philosophical implications of such ideas.

While everyday readers might not find the lacking treatment of the physics in Hawking’s book disturbing, every reader is bound to find Hawking’s answer to “why the universe works the way it does” equally if not more thought-provoking. The philosophical views he expresses are, like his scientific explanations, equally scattered and haphazardly placed. I often had to differentiate between scientifically viable physical phenomena and his philosophical conclusions. For a writer who is unquestionably aware of the inter-connectedness of physics and philosophy in the modern age, Hawking should have taken this into account when organizing his ideas. The concept of alternative histories, while seemingly sound for the philosophical thinker, is actually a scientifically sound concept as governed by the laws of quantum mechanics. Topics such as this, in addition to others in the book, may be confusing and misinterpreted to readers who may be familiar with one subject and not the other. Additionally, Hawking’s explanation for the apparent miracle that everything falls in place for our existence lies in a simple alternative histories perspective that does not include further explanation or discussion. Here again, readers will find Hawking’s attempt to contextualize the laws into a philosophical framework without much needed explanation and development. Finally, Hawking proposes that the completion and confirmation of M-Theory will be the end-all of mankind’s search for the grand design. His philosophy, while probably grounded in very logical reasoning, lacks sufficient and clear arguments with supporting evidence to convince a careful reader. Hawking’s weakly supported propositions ultimately lead to a very seemingly closed-minded presentation of his philosophy.

Hawking does, however, deserve some praise for spearheading a book that attempts to address key philosophical issues in the light of new discoveries in science. Unfortunately, such a fair treatment of a subject requires far more explanation and organization than could be contained in the scope of his book. If anything, I would recommend this book in hopes that readers will take away some insights into the issues of modern physics, thought-provoking philosophical ramifications, and the conclusion that reality – like beauty – is ultimately in the eyes of the beholder.