Mutations that occur in genes during DNA replication and cell division lead to a wide range of diseases, from cancer to sickle-cell anemia. In the case of ichthyosis with confetti, however, recombination can revert the mutated phenotype and change affected genes back to normal. Dr. Lifton, Chairman of the Department of Genetics at Yale School of Medicine led the effort to investigate this phenomenon that holds potential for spontaneous self-healing in such diseases. 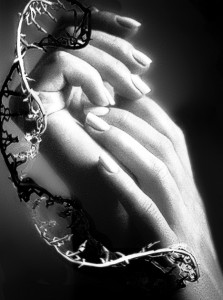 Ichthyosis with confetti is a severe skin disease of unknown cause whose main phenotype is widespread red skin due to defects in the skin barrier of affected subjects. Such low skin integrity renders the body vulnerable to bacterial infections. The abnormal component of this disease, however, is the hundreds of thousands of pale confetti-like spots that span across the body and increase in area over time. “This phenomenon,” says Lifton, “immediately suggested a genetic mechanism as to how the disease might work.” By mitotic recombination, heterozygous genotypes of the autosomal dominant gene that cause the mutated phenotype were able to revert to form homozygous recessive alleles. These homozygous recessive pairings yield normal patches of skin. “Every one of the white spots is a revertant that has lost the mutation,” explains Lifton, “Never before has there been a disease that reverts so commonly.”

The mutation that causes ichthyosis affects the coding of keratin 10 protein (KRT10), which normally helps maintain the skin barrier function. The frameshift mutation yields a repeating alternative reading frame that procures excessive arginine residues on the C-terminal of the peptide.This change disrupts the cellular transport of KRT10, redirecting it from the cytoplasm, where it normally resides, to the nucleolus. “Since keratin 10 normally plays a big part in the cytokeratin filament network in the cytoplasm, giving skin its integrity and serving a barrier function, this mislocalization disrupts the network,” explains Dr. Lifton. With the absence of these major pieces that compose the barrier, the skin a default pathway of hyperproliferation and scaling ensures.

With its uniquely high rate of spontaneous reversion, however, many subjects exhibit over a thousand spots of normal skin, locations where the reversions took place. Occurring just before cellular division, mitotic recombination of chromosomes is the only known mechanism responsible for this unusual phenomenon. The chromosomal exchange normally yields a heterozygous pairing of one normal copy of the gene and one dominant mutant copy, resulting in the characteristic phenotype of the disease. After thousands of reversions, however, chromosomal recombination yields homozygous pairings — either dominant with two mutant copies or recessive with no mutant copies. These homozygous recessive pairs lead to the normal, disease-free phenotype.

Other disorders, such as Bloom syndrome and Fanconi’s anemia, also undergo such spontaneous reversions, though this phenomenon is still extremely rare. However, the rate of reversion is higher in ichthyosis with confetti than in these other disorders, suggesting that the stem cells in which this process occurs are strongly favored and their production levels greatly elevated. Affected subjects may also have higher rates of mitotic recombination.

“We tend to think about drug therapy or gene therapy to correct defects,” remarks Lifton. “But if we could simply recombine mutations away like this, there could be therapeutic potential, not only for autosomal dominant diseases like ichthyosis, but also for those recessive ones.” These results hint at the possibility of manipulating mitotic recombination to attempt cellular reversion of such disease-causing mutations, and suggests promising therapeutic potential through self-healing.