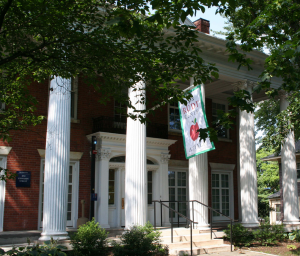 As obesity rates continue to rise in the U.S., it is becoming increasingly evident that America must change the way it consumes and produces food. To face this problem, Dr. Kelly Brownell, Director of the Rudd Center, founded the Rudd Center for Food Policy and Obesity in 2005 in an attempt to improve the world’s diet and solve the problems of obesity and weight stigmatism. Brownell had previously done studies on obesity, but with few positive results. He came to the conclusion that in order to deal with a problem like obesity one “need[s] to look at public policy and see how the environment can be changed in order to create better food conditions.” Unlike other centers with a single focus, the Rudd Center uses public policy and science to achieve its goals. “The combination of science and the expertise on public policy is pretty powerful… and that’s what sets us apart,” says Brownell.

Obesity is often viewed as a result of weakness rather than bad food conditions. The Rudd Center works on solving this problem by focusing on weight stigmatism. Weight prejudice ranks up with race and gender prejudice, but it is not only ignored but also frequently portrayed by the media as a shameful condition and a symbol of weakness. Not only does this negatively impact those who are overweight in terms of interpersonal relationships and jobs, but it also encourages inaction by politicians in terms of legislation aimed at reducing obesity.

A problem like obesity is one that cannot be attacked from only one angle. For this reason, the Rudd Center coordinates its efforts with several schools at Yale, such as the School of Public Health, the School of Medicine, the School of Management, and the Law School, as well as international organizations , including the World Health Organization.
The Rudd Center has already made progress in the fight against obesity. In the Patient Protection and Affordable Care Act that was signed last year, one section required all restaurants in the country to have nutritional facts available for customers. The Rudd Center played an integral role in getting that provision into the bill. Studies done by Yale graduate student Christina Roberto showed that when people were aware of nutritional facts, they made better food choices.

As Director of the Rudd Center, Brownell leads a team of highly talented lawyers, economists, nutritionists, and psychologists. Recently, Brownell published a paper in the American Journal of Public Health called “Advancing Public Health Obesity Policy Through State Attorneys General.” In the paper, Brownell and Jennifer L. Pomeranz, Director of Legal Initiatives at the Rudd Center, explain how state attorneys general can help the fight against obesity. One example that they gave was the investigation led by former Connecticut Attorney General, now Senator, Richard Blumenthal, against the Smart Choice label that assigned a badge of healthiness to cereals like Froot Loops and Cocoa Puffs. The investigation eventually led the food industry to remove the label. Brownell hopes to use the effectiveness of state attorneys general in order to produce more of such outcomes.

Brownell emphasizes that if America does not change its ways, rates of heart disease and diabetes and healthcare costs will continue rising. Fortunately, he notes, “Individuals have a much greater voice than they think.” Change can be made by writing to senators, state attorneys general, and school officials. Through science and legislation, the Rudd Center will continue to be an influential force as America begins to change its food environment.