Sizing Up Autism: The Correlation Between Autism and Abnormal Growth 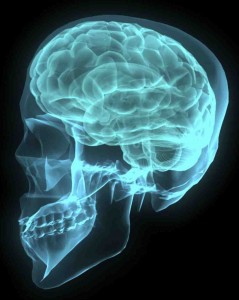 The most exciting day in most parents’ lives is when their child says “mommy” or “daddy” for the very first time. But what if one day, their seemingly happy and healthy toddler suddenly lost the ability to communicate? Or worse, if their child never began to speak at all? This is the fate of the parents of the thousands of children diagnosed with autism each year. Currently one in a hundred children born are diagnosed with disorders in the autism spectrum (ASD), four boys to every girl. The diagnosis encompasses a broad range of symptoms, which present themselves as any form of difficulty in pretend play, social interaction, or verbal/non-verbal communication. Evidence available today suggests that the increasingly broad definition applied to “autism” may be complicating the opportunities for effective treatment, ultimately creating more issues than it resolves.

As defined by the National Institute of Health (NIH), autism is “a developmental disorder that appears in the first 3 years of life, and affects the brain’s normal development of social and communication skills.” Children can be diagnosed as having ASD if they fail to meet any of the typical markers of normal development, including babbling by 12 months, gesturing by 12 months, saying single words by 16 months, saying two-word spontaneous phrases by 24 months, and losing any language or social skills at any age.

The Etiology and Phenotypes of Autism

The classification ASD can be applied to an enormous array of developmental delays, which in turn generates obstacles to study the disorder. The past few decades have seen an increased incidence of autism, often linked to the broadening of the scope of the diagnosis. The NIH notes that a child diagnosed with high-functioning autism today would most likely have been considered merely strange 30 years ago. The problem that arises with the present characterization of autism is that one child who loses his ability to speak and another child who makes repetitive hand motions would both be diagnosed with ASD. The biological process leading to loss of speech is most likely different than the one leading to repetitive gestures, and yet both would be considered causes of autism. In other words, the major barrier posed to study and discovery of the etiology of autism is the myriad subsets of the designation “autism” and, in all likelihood, multiple genetic or environmental origins of the disorder.

Elucidating the distinctions between subsets of autism and correspondingly developing a more specific etiology of each would allow for far more individualized treatment of children diagnosed with ASD. Many studies have attempted to investigate the variety of ASD phenotypes, including the UC Davis MIND Institute that piloted the Autism Phenome Project (APP) to study the distinct phenotypes associated with autism. The APP is a longitudinal study that establishes differences in medical evaluations, environmental exposure/epidemiology, behavior/ neuropsychology, genomics, brain structure and immune function.

One identified phenotype associated with autism is abnormally large Total Cerebral Volume (TCV) and, correspondingly, Head Circumference (HC) – collectively called macrocephaly. Researchers at Yale University’s Child Study Center have undertaken studies in the connectivity of growth and neural development to assess risk and predict developmental phenotype of young boys through growth measurement. A group of 184 boys aged birth to 24 months, composed of 55 typically developing controls, 64 with ASD, 34 with Pervasive Developmental Disorder Not Otherwise Specified (PDD-NOS), 13 with global developmental delays, and 18 with other developmental problems, was analyzed for head circumference, height, weight, and social, verbal and cognitive functioning. Boys with autism were significantly taller by 4.8 months, had a larger HC by 9.5 months, weighed more by 11.4 months, were in the top ten percent in size in infancy (correlated with lower adaptive functioning and social deficits), and showed accelerated HC growth in the first year of life.

Making Sense of the Research

The results of this study engender several important questions regarding the correlation between overgrowth and autism. First, whether abnormal growth is a symptom or cause of autism in young boys remains unknown. Symptoms are usually detected between the ages of 12 and 24 months, but neurological changes have been detected at as early as four months of age. Since the growth rate diverges at four months, whether divergence of neurological function or overgrowth occurs first is unclear. The genetic underpinnings of divergent growth and symptoms of ASD are also unknown, so establishing a correlation is difficult. If the etiologies were better understood, researchers could study the source of both divergent head growth and onset of autism symptoms and any associated clinical implications of these genetic mutations.

Dr. Katarzyna Chawarska of the Yale Child Study Center explains, “When overgrowth was first described 10 years ago, the idea was that it could be used to predict autism. That’s not true, the phenomenon also happens, albeit much more rarely, in typical children, and there are some children with autism who don’t express head overgrowth.” Based on the results of her study, Chawarska proposes three hypotheses regarding the correlation of overgrowth and autism: overgrowth coincides with, precedes, or follows development of symptoms. To understand the correlation between physical abnormalities and autism would serve not only to identify warning signs for the development of the disease but also allow for treatments that could prevent progression of autism or improve the quality of life for those affected.

Two significant characteristics set the Yale study apart from others that have addressed the connection of autism to TCV/HC. First, past studies have investigated only divergent head growth; the Yale study associates general overgrowth with autism. Chawarska says, “This phenomenon of overgrowth is not restricted to neural tissue. This implication might shift the emphasis [of research] from seeking causes of overgrowth in purely neural mechanisms to other growth factors (hormones) that affect growth across multiple types of tissues.” Other tissues affected by overgrowth include skeletal and muscular tissues. The second important difference is that Yale’s study did not find any significant difference between boys with regressive and non-regressive forms of autism. Many other studies have implicated regression as a major distinguishing factor in the development of macrocephaly. According to Chawarska, regression is a very variable, subjective qualification, as the way regression is measured is not standardized. Most other studies use retrospective parental reports of regression, rather than observing the “regression” itself. Chawarska makes the distinction, “what is called regression we define as a plateau; the child stops progressing.”

While the genetic basis of this observed overgrowth still frustrates experts, researchers at the Yale Child Study Center recognize that expression of autism is not solely dependent on genetics. Rather, a significant connection between neural development and the environment has been established as well. For children expressing early symptoms of autism, the center aims to “enhance their social experience, hoping that by enriching repertoire of skills [they] can enrich their experience, and this is an enormous component in neural development.” Research continues to be conducted to uncover the molecular etiology of the autistic phenotypes, but until such a discovery is made, the development of individualized behavioral interventions may potentially lessen the severity of ASD.

About the Author
Jessica Schmerler is a sophomore Molecular, Cellular & Developmental Biology
major in Jonathan Edwards College. She is a Layout Editor for the Yale Scientific
Magazine as well as the Layout Editor and Staff Writer for the Yale Journal of
Medicine and Law.

Acknowledgements
The author would like to thank Dr. Katarzyna Chawarska of the Yale Child Study
Center for her time and in-depth description of her research.