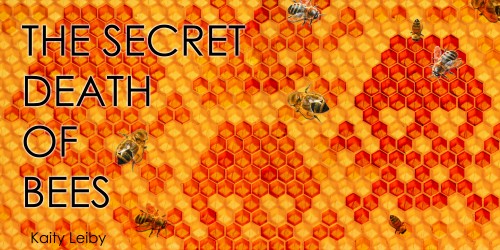 What if some of the most important cells in your body were not your own but rather those of bacteria? Researchers continue to uncover evidence that bacterial symbionts within the gut play important roles in the health of their hosts. Nancy Moran, the William H. Fleming, M.D. ’57 Professor of Biology in Yale’s Department of Ecology and Evolutionary Biology, studies these bacteria and their influence on the health of honey bees.

Until now, few have taken an interest in understanding the nature of the honey bee gut microbiota. Honey bees and the bacteria in their guts depend on each other, yet the precise nature of this relationship is largely unknown. The remarkable community consists predominately of eight bacterial species found only in honey bees and some bumblebees. Moran says, “I feel like we’re really studying something that is part of the bee.”

An Important Pollinator on the Decline

Honey bees are nature’s primary pollinators: at least 80% of agricultural crops, from almonds to avocados and soybeans to sunflowers, depend on them for growth. Approximately one-third of everything we eat has in some way benefited from honey bee pollination. Honey bee-pollinated crops are worth $15 billion in the United States annually, in addition to the value of the honey produced. Increasingly, the bees we depend on for pollination are managed by beekeepers and transported across the country to pollinate specific crops. The number of wild bees is decreasing: fewer than 20% of honey bees today are feral with almost none in heavily-farmed regions.

The number of managed honey bee colonies has decreased from 4 million in the 1940s to 2.5 million today. In recent years, this decline is due in part to a phenomenon termed Colony Collapse Disorder (CCD). During the winter of 2006–2007, beekeepers began experiencing unexplained losses of 30–90% of their hives. Adult worker bees would suddenly disappear, with no dead bee bodies in or near the hive. Although the queen would still be alive, colonies were often reduced to fewer than the 10,000 bees needed for colony survival.

Each winter between 2006 and 2010, honey bee populations fell 33% with one-third of those losses contributable to CCD. CCD is thought to result from a multitude of interacting factors, including habitat loss, insecticide use, parasites, stress due to managed pollination migrations, and the quality of available food and water. Managed bee losses during the winter of 2011–2012 were only 22%, which may represent a decline in CCD or may merely be the consequence of changing environmental conditions.

The great diversity of bacteria that make up the gut community of host organisms, whether humans or honey bees, was for a long time inaccessible to scientists. Due to the environmental conditions bacteria normally habitat, many cannot live in the presence of oxygen, for example, they are not easily cultured, or grown, in a lab, making their study very difficult.
In more recent years, the development of DNA sequencing and other approaches that provide insight into an organism’s genome has allowed Moran to elucidate the essential role of gut bacterial species in bees.

Moran describes bacteria as largely beneficial in honey bees and “incredibly important in basic functioning,” particularly in metabolism. Animals lack the ability to synthesize vitamins and ten of the twenty amino acids necessary to make proteins. These nutrients must instead be ingested in food or produced by bacteria symbionts in the gut. In bees, gut microbiota also play an important role in metabolizing sugars from nectar and pollen into energy as well as in breaking down pectin in pollen cell walls that can be toxic to honey bees. In one European bumblebee species, gut microbiota have been shown to protect against an intestinal pathogen; bacteria likely have the same protective role in honey bees.

The Consistent Simplicity of the Honey Bee Microbiota

Moran analyzed 16S ribosomal RNA (rRNA) in order to characterize honey bee microbiota. 16S rRNA, found in the ribosomes used for protein synthesis in bacteria, is like a “barcode for bacteria” with variations in sequence specific to different organisms. By comparing 16S rRNA sequences to a database of known species, Moran found eight clusters of related bacteria that make up between 95 and 99% of honey bee microbiota.

This simple gut community reflects the nature of these bees as social insects. Honey bees have a highly-structured society with shared resources in which the adult worker bees divide up labor, the younger bees nurse the larvae, and the older bees forage for pollen and nectar. Whereas non-social insects pick up their gut microbiota from the environment, for example from food, honey bees obtain and transfer their gut microbiota through social interactions. When a honey bee larva emerges from the pupa, its gut contains no bacteria. The bee gains its gut microbiota through grooming, contact with the honey comb, and trophallaxis, the sharing of nectar between bees.

This is not to say that the bees do not have exposure to other bacteria in their environment. Moran says that when bees fly around to pollinate, “they encounter everything…there is an immense possibility of exposure” to other bacterial species. Yet the honey bee gut community is remarkably well-conserved over the lifespan of the bee and appears to be independent of diet and age. Moran speculates that all of the niches within the honey bee gut are filled by the eight main species, preventing other bacteria from colonizing.

Although up to 99% of the honey bee microbiota is composed of just eight “species” that each share 97% of their 16S rRNA, calling the gut community simple is would be a misnomer. Even within a single bacterium species, the bacteria of the gut microbiota can be divided into distinct strains that vary widely in their metabolic behavior. Different strains colonize the gut in distinct patterns, with each strain likely filling a unique niche. This large diversity may confer an advantage to the host in responding to a wide variety of environmental conditions, fighting off pathogens and metabolizing a range of toxins.

A Possible Link to Bee Deaths

One of Moran’s recent discoveries suggests a possible link between the health of the bee microbiota and CCD. Since the 1950s, honey bees in the United States have been treated with an antibiotic called tetracycline to combat American foulbrood (AFB), a disease characterized by infection by spores. Once a colony gets AFB, the entire colony needs to be destroyed, resulting in large costs for the beekeeper. By the 1990s, the drug target had become resistant, and efforts were initiated to find a new antibiotic. Moran found that the honey bee gut microbiota likewise developed resistance to tetracycline in the form of eight different resistance genes. As the introduction of the new drug tylosin to target AFB coincided with the outbreak of CCD in 2006, Moran suggests the possibility that the drug was disruptive to the gut community. Other countries that restrict the use of antibiotics in beekeeping did not experience a disappearance of bees as large and as abrupt as that in the United States in 2006.

Although this link between antibiotic use and CCD has not been proven, it nevertheless suggests the importance of considering the vital role that the gut microbiota of honey bees play in keeping bees and their colonies healthy. The gut community, well-defined in the honey bee, may be inseparable from its host. These symbionts are crucial for the honey bees in their absorption of food, removal of toxins, and potentially in their defense against pathogens. What other benefits these bacteria confer is unknown, but Moran’s research is helping us take steps toward understanding what may lie at the very core of honey bee health.

About the Author: Katie Leiby is a junior in Silliman College majoring in biomedical engineering. She works in Dr. Laura Niklason’s lab characterizing the extracellular matrix of decellularized lungs.

Acknowledgements: The author would like to thank Professor Moran for her time and her enthusiasm in sharing her research.