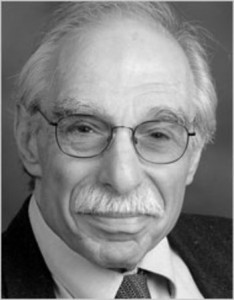 Born on June 25, 1924 in New York City, Klein was the only child of Adolph and Mary Neuman Klein, both of whom were schoolteachers. On an accelerated path to higher education, Klein gradu­ated from James Monroe High School at the age of 14. He then went on to attend Columbia Univer­sity where he earned both a Bachelor’s and a Master’s degree. Upon graduation from Columbia, Klein immediately began an Ph.D. program, and at the age of 24, he received his doctorate from the Mas­sachusetts Institute of Technology.

A year later, Klein was appointed faculty member of the Department of Physics at Case Western Reserve University. There, he developed and focused his interest on the history of physics. In 1967, Klein took an offer from Yale Univer­sity for a joint appointment in the departments of physics and science history where he was appointed Eugene Higgins Professor of the His­tory of Physics and Professor of Physics.

Klein studied the works and ideas of renowned physicists, such as Albert Einstein, Ludwig Boltzmann, Josiah Willard Gibbs, Paul Ehrenfest, Erwin Schröedinger, and Max Planck. One of Klein’s more notable works was his biography of Ehren­fest, “Paul Ehrenfest: The Making of a Theoretical Physicist,” published in 1970 in the American Jour­nal of Physics.

Klein’s achievements in physics and the history of physics were widely acknowledged. A National Research Fellowship, two-time Guggenheim Fellowship, and American Association for the Advancement of Science Fellowship were among Klein’s many achievements. He was elected to both the International Academy of the History of Science and the American Academy of Arts and Sciences

Furthermore, in 2005, Klein was the first recipient of the Abraham Pais Prize for the history of physics.

Klein will be fondly remembered as a reasoned thinker, accomplished researcher, and talented writer.