Fossil Feathers: the Research of a Genius 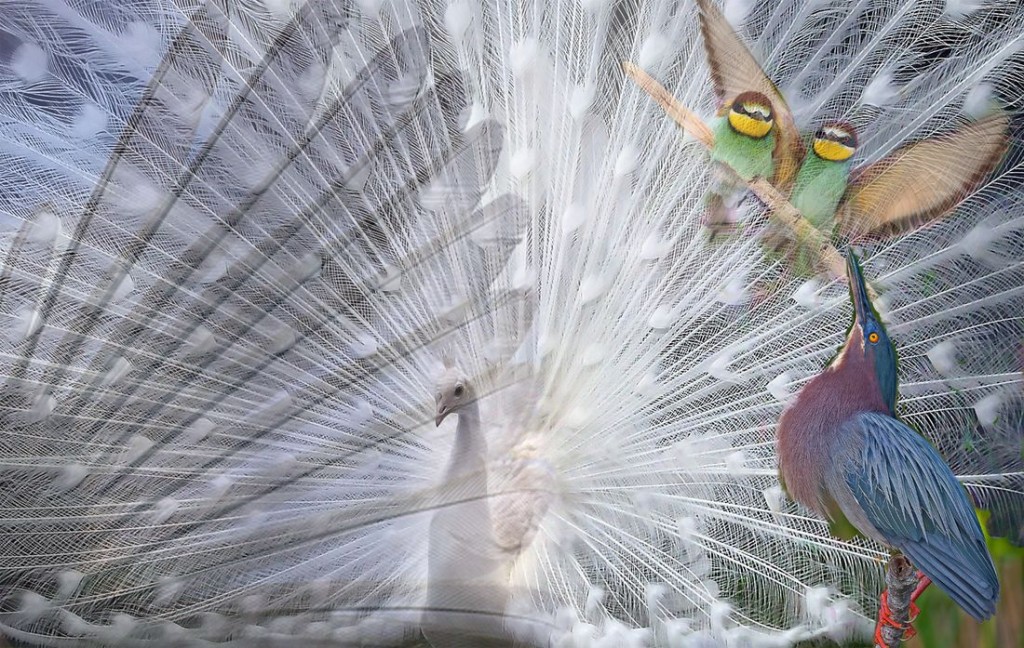 Prum believes that “people who do organismal biology are amongst those who retained that childlike organization of the world.”

The ability to identify different organ­isms, says Prum, is a basic function of human intelligence. The necessity of this skill for survival over millennia helps account for young children’s facility and interest in doing so.

However, Prum’s research is slightly more complicated than those picture books you read as a child. A recent MacArthur Genius Grant recipient, Prum researches so many topics that the national press release struggled to encapsulate all that he does in just a few words.

The release reported that Prum’s work includes “developmental biology, optical physics, molecular genetics, phylogenetics, paleontology, and behavior ecology.” Prum, however, considers himself first and fore­most an ornithologist. Although he draws from many disciplines, his overarching goal is to gain a comprehensive understanding of birds.

Prum’s current research involves small angle X-ray diffraction and phase separa­tion. From an outsider’s perspective, these two topics may appear unrelated. Prum, however, disagrees. “I’ve learned a lot,” said Prum, “but I haven’t changed at all.”

Of Birds and Dinosaurs: the Evolution of Feathers

Though it might be impossible to pin­point Prum’s most interesting research, one candidate is his work on the evolution of feathers. Some might take feathers for granted, says Prum, but they are essential and unique to birds, serving as a unifying theme for much of his research.

People who study the evolution of feath­ers struggle with two important issues. The first is that feathers display several evolutionary novelties, or structures that have no known homologue or precedent. That is, the structure of nearly every part of a feather is evolutionarily distinct. This fact makes it quite difficult to figure out how the feather evolved. The second issue is that dinosaur feathers look quite modern, meaning that fossils yield little information concerning their evolution.

In 2002, Prum developed a hypothesis that feathers evolved through a change in the regulation of the genes Sonic Hedgehog (Shh) and Bone Morphogenic Protein-2 (Bmp2), both of which are present in reptiles and birds. Prum realized that these genes are expressed differently in reptiles (which have scales) and birds (which have feathers). It therefore occurred to Prum that maybe feathers evolved from scales. This would provide an intrinsic homologue for the development of feathers.

To test his hypothesis, Prum began looking for feather homologues in a group of dinosuars believed to be most closely related to birds, called non-avian theropods. He was the first ornithologist to realize that true feather homologues might be found in such dinosaurs. Prum found two fossils with filaments extending from their skin that looked like feathers, except they lacked the central racis, or spine, of a modern feather.

The noteworthy feature was that these filaments were preserved in groups and not individually, as had been previously observed. Their random, overlapping, and dissociated preservation ensured that they were not part of the skin and made it unlikely that they were hair.

There were even several examples where it appeared that the filaments branched off from one another, causing them to resemble primitive feathers. Prum argues that these filaments represent the first fossil evidence of Shh and Bmp-2 genes’ promot­ing feather growth over scale development.

This primitive branching is also interest­ing in that it mimics the growth of modern bird feathers. The fact that the steps in the evolutionary process are analogous to how feathers actually grow in living birds gives additional credence to Prum’s idea.

If the structures in modern feathers grew in a sequence different from that in which the structures evolved, Prum’s hypothesis about the molecular mechanism would be thrown into question.

According to Prum, many ornithologists do not understand the necessity of paying such careful attention to dinosaurs. This belief prompted his 2002 paper, “Why Ornithologists Should Care About the Theropod Origin of Birds.”

Prum sees ornithology in many ways as being extant dinosaur biology. He argues that we have to look to the past in order to understand modern birds. “Lots of features of avian biology,” explains Prum, “are probably not unique to birds, but are dino­saurian behaviors or features, physiological or anatomical, that developed earlier on.”

Consequently, bird and reptilian behavior should mirror each other, since both groups evolved from dinosaurs. To support this point, Prum cites parental care seen in both birds and crocodiles.

One of Prum’s most recent papers fused two of his major research interests. In “The Color of Fossil Feathers,” Prum analyzed fossils to provide insight into the colors of those dinosaurs.

Previously, this was thought to be impos­sible. Scientists had long concurred that fos­silized feathers were actually the remains of bacteria that ate the feathers, meaning that none of the original material was preserved.

Prum, however, discovered that the dark bands of the feathers contain preserved cells. And the fossilized structures in the dark bands are essentially the same as those responsible for the colors seen in modern feathers.

This discovery opened the possibility for research in many disparate areas, including the color of prehistoric mammal fur, the eye color of ancient birds, and the feather color of many dinosaurs. Prum believes the actual color of these different items might be discovered with a better understanding of how structural color works.

Prum became involved in this work as a result of a long-standing interest in some­thing called structural color. Most colors are created using pigments, but structural colors are made by tiny bumps on the surface of a material that reflect light in a particular way. Prum has found that many bird feathers display structural color, with constructive and destructive interference working together to produce it.

Settling the Structure: Biology and Physics Team Up

Prum’s work has focused on so-called amorphously ordered structures. In these structures, the same distance separates each individual part of the structure, but there are no other unifying characteristics. Most structural colors are created by structures with long-range or crystalline order, in which the surface, at a microscopic level, displays a clearly repeating pattern.

Originally, Prum believed that a com­plicated mechanism in the cell controlled the production of these color-producing structures. Yet Eric Dufresne, John J. Lee Assistant Professor of Mechanical Engineering, noticed that a simple physi­cal process explained them. As Defresne said, “modern biologists are trained to see the uniqueness in every organism,” while physicists “try to oversimplify everything.”

Prum also described the mechanism of separation. As the researchers could not follow an individual cell’s maturation, they looked at cells different distances along the barb. The cells have well-defined cell membranes and large nuclei once fully mature. They develop transparent regions in the middle that slowly spread to the edges. Next, the proteins join along the cell membranes, creating long, interconnected keratin strands, which split at small angles but do not extend toward the center of cell.

In any given bird genus, the cells undergo one of the two possible separation meth­ods. The results closely match the results of controlled separation in polymers, confirm­ing Dufresne’s initial hypothesis.

Prum in the Future

The MacArthur Genius Grant presenters said that Prum opens new fields with every experiment. So where does the Genius believe he is headed?

After ruefully explaining that “new research increases exponentially, while papers are produced linearly,” Prum remains excited by several fields. He hopes to use his knowledge of structural color to develop structural-color paints that would never fade. He also hopes to understand the genetic underpinnings of the structural colors he has studied so far. And he is work­ing to show that structural color plays an important role in sexual selection in birds.

Each discovery spurs new ideas. And Prum is just getting started.

MATTHEW CHALKLEY is a freshman in Davenport. He is planning on major­ing in Chemistry, and he enjoys playing tennis. He is also a renowned bananagrams champion.

The author thanks Professor Prum and Professor Dufresne for their time and guid­ance in the research for this article.