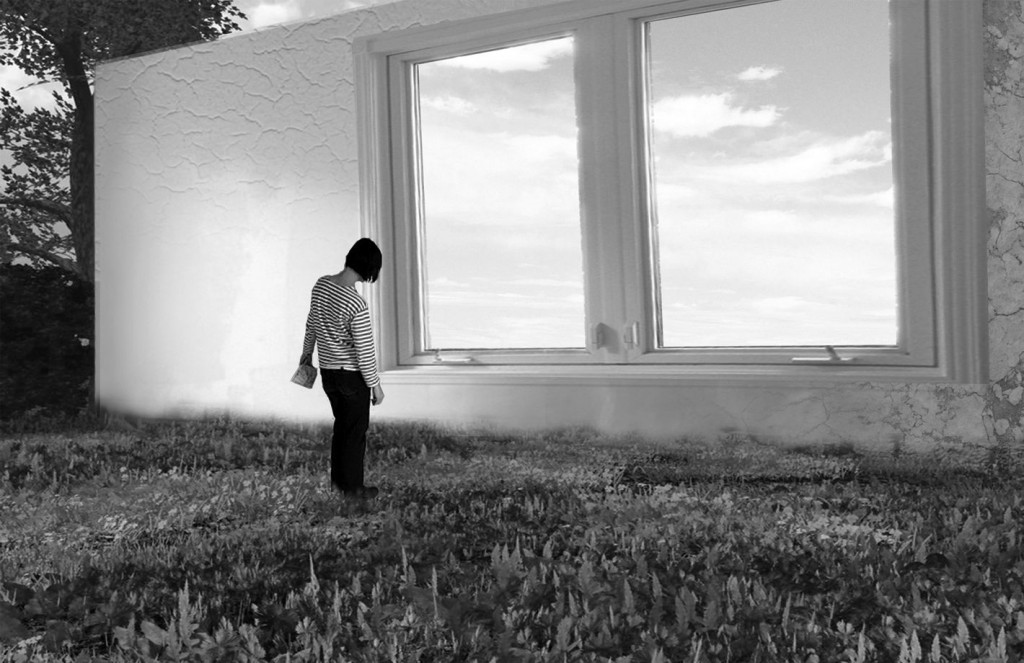 At first glance, cells and paint have very little in common. Cells are living organisms with great genetic diversity, while paint is an inanimate chemical product used for decorative and protective purposes. It turns out, however, that the movement of cells and the drying of paint are fundamentally quite similar. By studying the mechanical forces of crawling biological cells, members of Professor Eric Dufresne’s laboratory in the Mechanical Engineering department carefully measured the spatial and temporal distribution of forces exerted by the drying paint on the surface it covers, showing that these two vastly different natural phenomena are not as distinct as they may seem.

Work of the Dufresne Lab

Professor Dufresne’s research primarily focuses on soft materials, an interesting type of matter that exhibits a mixture of both solid and fluid properties at the macro level while their structure and dynamics are dominated by thermal fluctuations at the micro level. Work done in the Dufresne lab involves manipulating soft materials by changing the interactions of their components and applying optical forces to exam¬ine property changes. Current research in his lab is quite diverse, ranging from not only the study of skin mechanics to the synthesis of monodisperse anisotropic particles but also to mechanotransduction in live cells and colloidal interactions.

While other researchers in the Dufresne lab were studying the mechanical forces of crawling biological cells, fifth-year graduate student Ye Xu desired to elucidate the mechanical properties behind drying paint. In both cell crawling and paint drying, a mechanical exchange occurs between the agent and the surrounding substrate.

To quantify this interaction, researchers used a technique called traction force microscopy. This method allows one to study strain (how much the substrate material deforms) and stress (the driving force per unit area). The modulus, or the ratio of stress and strain, defines the mechanical property of the material. In order to determine this property of the unknown system, a well-defined substrate with known mechanical properties was used as a baseline for measurement.

In Xu’s case, paint, the complicated system, was simulated using silica beads eleven nanometers in radius, two magnitudes smaller than the radii of particles of paint. This silica-water solution with fluorescent polystyrene tracer particles fifty nanometers in radius was placed on the well-defined substrate of polydimethylsiloxane (PDMS), a type of polymeric organosilicon compound, which rested on top of a glass slide.

The most difficult aspect of this study was timing the drying process. Xu described how he would wait at the microscope for two to three hours to measure the stress near the crack tip as it passed through the observation window. Since paint and the silica-water solution both use softer particles, neither cracks upon initial stress on the system. Hence, data collection for this study required much patience. As Xu laughingly said, “The drying process? We really cannot control it.”

In experiments early in the history of traction force microscopy, the data gathered were two-dimensional measurements of force along the surface of the substrate. However, now with technological improvements, the force normal to the surface of the substrate can be measured as well, making Xu’s paint drying experiment a three-dimensional measurement of the mechanical properties of strain and stress.

The “paint” originally placed on the substrate is quite dilute, containing much water. The distance between each particle is quite large, but as water leaves the system and the paint dries, all the particles compact together through capillary forces. Changes in the three-dimensional positions of fluorescent tracer particles in the substrate upon paint drying are then imaged using time-lapse three-dimensional confocal microscopy. The geometry of paint cracking can be clearly observed in confocal micrographs in the plane near the substrate. The forces exerted by the drying paint are thus computed and visualized with phase and fluorescent microscopy.

It was observed during the experiment that stress distribution near the crack front was highly heterogeneous and predominantly on the surface of the film. The changes of stress distribution were chronicled by analyzing small video recordings of the process. Even though these three-dimensional images visually elucidated much about the deformation of the colloidal silica coating during cracking, they yielded little information about the internal stress that induced the paint coating fracture. Since the curvature measurements only gave average curvature, geometric and temporal symmetries were also analyzed to increase the spatial resolution and field of view of the data.

With his success in this experiment, Xu is now moving forward to using larger one micron particles, similar in size to paint. He explains, “If we use these larger particles, we can check the displacement of individual particles inside the drying film. Then we can establish the strain of the colloidal film as a whole rather than the individual colloid particle.” Further developments in paint can thus be explored using these important mechanical force discoveries.

By using traction force microscopy to measure the stress distribution near a crack in paint, researchers can use this general approach to study many other interface interactions. Any interaction with mechanical properties that change over space and time can be studied by varying the elasticity of the substrate used. Cell crawling, for example, can be studied in detail using a softer, more sensitive gel substrate. This study of paint drying can also be extended to research in adhesion phenomena such as that observed when a gecko’s feet sticks to a wall. Of course, material scientists can also collaborate with paint chemists and manufacturers to develop a new type of paint with a protective layer that will remain intact for much longer periods of time.

Even though the community of drying research is quite small, from a bigger perspective it is evident that more and more scientists are getting involved in studying the mechanics of softer materials. This field has much potential, unlike its more popular sister field of solid material. As the Dufresne lab and others continue their pioneering work in the soft materials field, we will all benefit from their discoveries. Perhaps, cracked paint on our walls will become a relic of the past.

About the Author
GENNIFER TSOI is a junior in Morse College, double majoring in Molecular Biophysics & Biochemistry and Economics. She works in Professor Miranker’s lab studying IAPP-induced membrane leakage in type II diabetes. She is also the Research Outreach Chair for Yale Undergraduate Society for Biological Science and is a school coordinator for the Demos science-volunteering program.

Acknowledgements
The author would like to thank Ye Xu for his time and for his enthusiasm about his paint-drying research.