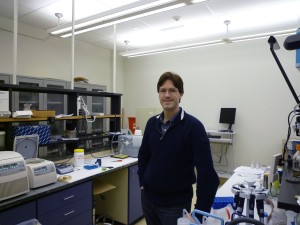 A Principal Investigator’s (PI) office yields a valuable window into his psyche. Dr. Charles Baltay’s office, unmistakably that of a senior professor, is no exception. The worn-in room is strewn with a variety of textbooks: Classical Mechanics, Physical Review Letters. The walls are covered with particle diagrams and equipment models while the tables are filled with both cutting-edge research papers and the sloppier scribbles of students’ homework assignments.

It is impossible to frame the life of a PI into a nine-to-five narrative. Every day holds a unique set of challenges and conquests, triumphs and tribulations. Of course, there are a few constants: teaching undergraduates, leading research projects, and making funding decisions but many Yale PIs go far above and beyond the call of duty.

For example, Baltay—an eminent particle physicist and cosmologist—participates in committees that synthesize science and public policy, including developing a ten-year plan for American particle physics and participating in the Joint Dark Energy Mission (JDAM) project for NASA. “Sometimes, my work does make me exhausted,” Baltay said, “but I’d rather feel exhausted than bored. There are some people who do the same thing over and over again. But that’s not me. Bored is not what I like to do.”

Just a short walk away from Baltay’s room at the Gibbs Laboratories is Dr. Richard Baxter’s office, in the Sterling Chemistry Building. Baxter became a professor this year and his office is a much better indicator of his current situation as a PI. In comparison to Baltay’s, Baxter’s office is much emptier, imbued with signs of a recent move. Bare shelves and unpacked boxes line the walls and floors. To-do lists lie scattered across his bulletin board, reminding him of DMV visits and utilities installations. Baxter—a self-proclaimed bio-physical-chemist—is undergoing perhaps the most challenging moment in any PI’s life: moving in. Between teaching, setting up his lab, and trying to hire staff members, he admits that sleep is a rare luxury.

Perhaps surprisingly, PIs do find time to have lives outside the classroom and the lab. Baltay, for example, is an avid sailor, spending much of his free time on the ocean. Baxter, who is recently married, tries to visit his wife, who lives in Boston, every weekend. But perhaps Dr. Andrew Miranker, a biochemist and biophysicist who studies protein structure, has the most revealing non-vocational passion. “My favorite hobby is cabinet making,” Miranker said. “I’m fascinated by lots of aspects of joinery. You can build an elaborate piece of furniture without ever using any glue and nails, simply by how you cut the wood and assemble. And that has a certain appeal for someone who studies how proteins fold into a particular structure.”

Location plays another major role in the life of a PI. Although an urban aficionado, Miranker lives in Guilford—a picturesque, old-town-America suburb—since it better suits his family. He, however, is by no means an exception – an equal mix of PIs live in the city and in the surrounding suburbs. Baxter, for example, decided to settle in New Haven, living just minutes away from his office. He asserts that the difficulties associated with residing in the city—the depictions of “who got mugged here” and “who got shot there”—are grossly exaggerated.

Funding is, without doubt, one of the most taxing aspects of a PI’s life. From securing government grants to writing financial requests, attempting to secure funding is overwhelming, even purely from the perspective of time management. But the true cost is much more human. “If you were to ask me what’s the most stressful thing about being a PI,” Miranker said, “I’d respond funding. For me, the most stressful thing is to lose someone in your lab who you have a good relationship with. The only time I’d say that I lose sleep is when I have to think, ‘my god, I don’t get to keep these people who have put their heart and soul into their work.”

None of the professors interviewed believe that Yale’s scientific culture has any unique problems. Rather, any issues that Yale has are issues endemic to the collegiate scientific culture as a whole. In Miranker’s eyes, one of the greatest problems with the collegiate academic culture is the lack of an incentive system for PIs to spread scientific awareness to the general public. He believes that since PIs are generally only rewarded for the money they raise and the papers they publish, they have no enticement to push beyond the boundaries of the lab. “There’s nothing in the system that allows scientists to disseminate information [outside the lab],” Miranker said. “Whether it’s with regard to evolution, global warming, or immunizations, intelligent, educated people are pretending that modern science isn’t true. It’s the job to scientists to combat denialism.”

For the lives of Principle Investigators are defined not only by the research they conduct in the lab, but also by the efforts they exert outside, whether it’s in the classroom, for the university, or across the nation.